‘How close is close?’ Packers star Aaron Rodgers on how strongly he considered retiring this offseason When asked by Dan “Big Cat” Katz how close Rodgers was to calling it quits before the 2022 NFL season, the controversial quarterback admitted that he was “close. I don’t know, how close is close? I was thinking about it.”

At the time, Rodgers had plenty of options outside of playing in Lambeau. Most notably, Rodgers was a candidate to replace Alex Trebek as host of “Jeopardy!” Following Rodgers’ refusal to get the Covid-19 vaccination — which also was a topic of discussion on “PMT” — that option became less viable. He then re-signed with the franchise.

Rodgers admitted that hosting “Jeopardy!” “would’ve been cool” and he did, in fact, want the job.

While Rodgers didn’t hang the cleats up yet, the former Super Bowl champion sounds realistic about where he is in his career.

“This chapter in my life is coming to a close … soon,” Rodgers said on “PMT.” “I’m thankful for it, and I want to leave it better than I found it.”

So how close is Aaron Rodgers to really retiring? In the episode, he concluded that he’s got three years left in the tank, which just so happens to be how long his contract runs with the Packers.

Only time will tell if Rodgers, who was already considering quitting this offseason, will fulfill his contract with the Pack. 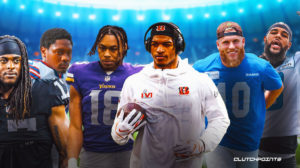