REPORT: Jazz ready to blow it all up amid Donovan Mitchell trade links to Knicks, Heat 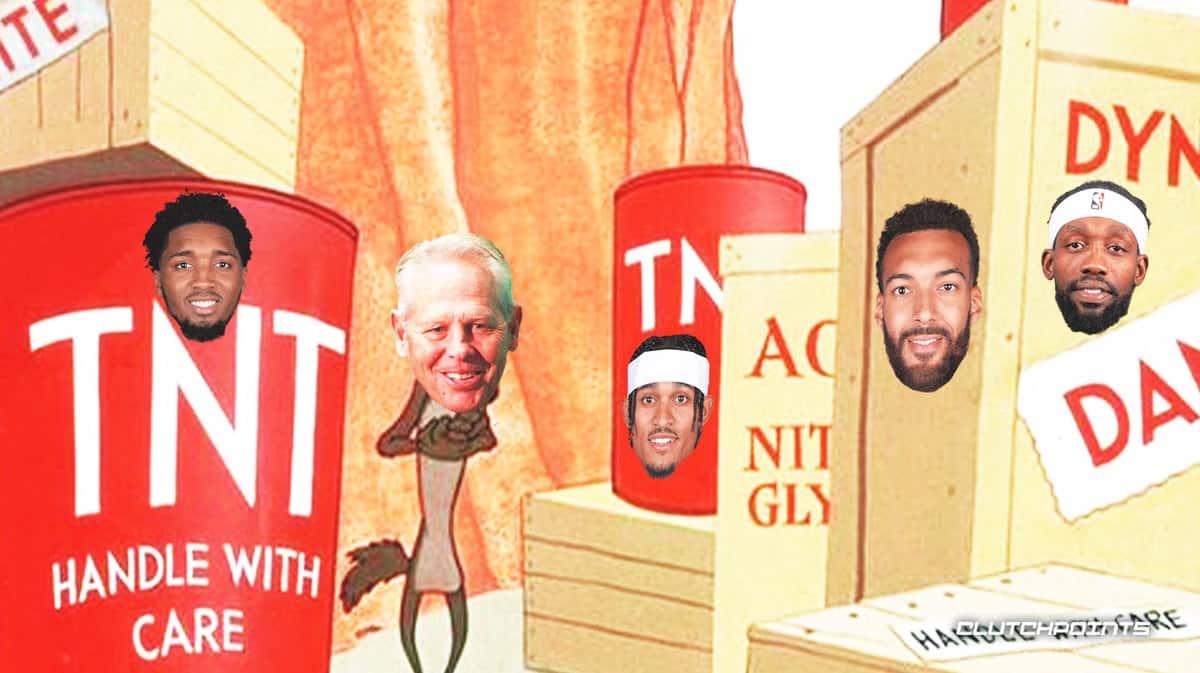 Donovan Mitchell appears to be on the brink of moving on from the Utah Jazz. The New York Knicks have reportedly emerged as a strong contender in a potential blockbuster deal for the All-Star two-guard, with the Miami Heat also being mentioned as a possible destination.

The Jazz’s decision to make Mitchell available in trade talks is a clear indication of CEO Danny Ainge’s plans for the future. At this point, Utah appears to be on the brink of blowing up their entire roster ahead of a full rebuild.

According to Shams Charania and Tony Jones of the Athetic, the Jazz have made their entire roster available in trade talks:

The Jazz, who saw their NBA title window close this past season with a loss in six games to the Dallas Mavericks in the first round of the playoffs, are focused on obtaining draft picks and younger players who are on rookie-scale deals. Sources say the Jazz have made all of their veteran players available in trade talks, and there are no untouchable players currently on the roster. Guards Patrick Beverley, Malik Beasley and Jordan Clarkson have been pursued by teams across the league in recent weeks.

Utah obtained a major haul of future assets in the Rudy Gobert deal, and it seems like they’re looking for a similar package for Donovan Mitchell. The front office is taking a similar approach in terms of finding trade partners for guys like Jordan Clarkson and Patrick Beverley.

Given all this, it would not be surprising if the Jazz end up being (intentionally) really bad next season.