Kurt Warner is one of the most famous personalities in the world of American Football. His story encompasses the meaning of hard work and it will surely motivate a lot of aspiring athletes. Kurt’s journey from an undrafted prospect to leading one of the greatest offensive schemes in NFL history en route to becoming a Super Bowl champion and two-time league MVP. But, we are not here to talk about the football great. We are here to talk about his pillar of strength and his support system throughout the struggle, Kurt Warner’s wife Brenda Warner. 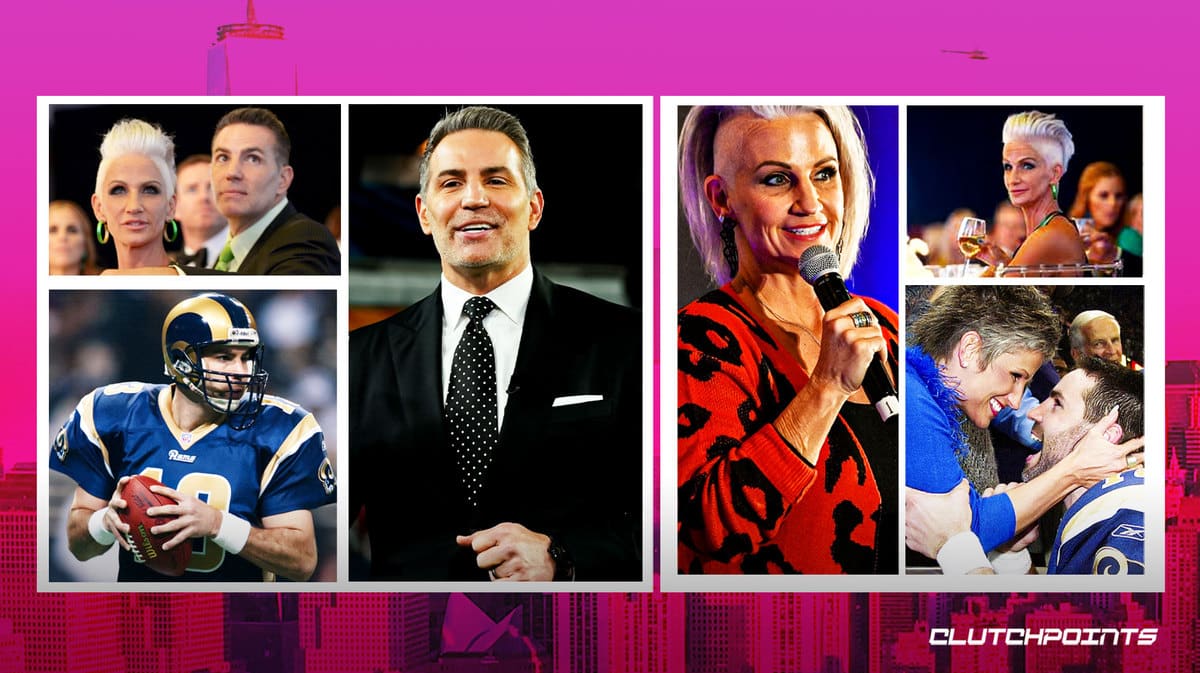 Brenda Carney Meoni was born on June 17, 1967, in Parkersburg, West Virginia. She grew up in a small town in Iowa. During her high school years, she was a cheerleader and a self-proclaimed “Jesus-Freak”. After high school, Brenda decided to join the Marines instead of going to college as she did not want her parents to be burdened by paying her tuition.

In the Marines, Brenda met her first husband — a guy named Neil, who was also in the Marines. The couple married in 1987 and they had their first child, Zachary, in 1989. Unfortunately, Neil accidentally dropped Zack when he was four months old. When they rushed him to the hospital, the doctor said that her son might die. Fortunately, Zack survived and he is currently handicapped and partially blind.

Brenda and Neil parted ways while she was pregnant with their second child. Nevertheless, she happily welcomed her daughter, Jesse, in 1992.

After getting a divorce, Brenda decided to finish her studies, and then she joined a nursing school. She was then forced to go out and go to Wild E. Coyote’s Bar in Iowa, that is where she met Kurt Warner.

“I did not want to meet a man. I was going to nursing school. I was discharged from the Marine Corps, a single mom, on food stamps. It was a tough time in my life.” Brenda said.

At that time, Kurt Warner was a 21-year-old NFL hopeful while Brenda was pursuing her nursing license after her time with the US Marines.

The couple then started dating. During that time, they were living in Brenda’s parents’ basement in Cedar Falls while Kurt was working as a night shift stock clerk at a Hy-Vee grocery store while working as an assistant coach at Northern Iowa.

Brenda recalls the way Kurt proposed to her:

“When I walked out, and he was wrestling on the floor with Zach, the way he looked at my son with pure love, no judgment, no expectation, just loved him, that’s all it took for me,” she said. “He fell in love with my kids before he fell in love with me. That’s when I knew he was worthy of being in our lives, of our love.”

Unfortunately, Brenda’s parents were killed in 1996 after their Mountain View, Arkansas home was destroyed by a tornado.

A year after her parent’s death, Kurt and Brenda tied the knot on October 11, 1997, at the St. John American Lutheran Church — the same church where the service for her parents was held.

After their marriage, Kurt officially adopted Zack and Jesse. On top of that, Brenda and Kurt had five children of their own — Kade, Jada Jo, Elijah, and twins Sienna and Sierra.

A year after they tied the knot, Kurt’s football career skyrocketed as he signed with the Arena Football League and subsequently with the St. Louis Rams which he led to a Super Bowl win and he was named the league MVP as he led one of the best offensive schemes in NFL history.

In 2001, Brenda and Kurt Warner founded the First Things First Foundation, a foundation that aims to promote Christianity and aid the less fortunate while promoting the Warners’ way of life: “Faith and Family Come First”.

The Warners then co-founded Treasure House, a home for young people with developmental disabilities. This is where Brenda’s eldest son, Zack, currently resides, and it is located in Glendale, Arizona.

“I believe it’s going to be such an incredible model on how to treat people with intellectual and developmental disabilities,” Brenda said in an interview with AZ Central. “It will be absolutely the best thing that makes me the most proud of in life.”

Aside from the couple’s charitable works, Brenda is also a best-selling author. She co-authored her first book with Kurt titled “First Things First: Rules of Being a Warner”. The book was published in 2009 and it debuted on the New York Times Best Seller list.

Brenda’s second book is titled “One Call Away: Answering Life’s Challenges With Unshakable Faith”, which was published in 2011.

On top of that, she became a sought-after speaker as she talks to her audiences about her life struggles and how to take responsibility for their choices and depend on their faith when they hit rough patches.

Currently, Brenda Warner took up a new passion, welding. This is a nod to her father who spent years as a blue-collar worker.

“You know what, I love metal, I love art. I was getting ready to turn fifty. And I thought, “I want to be who I want to be now and I don’t care what other people think.” I’m grateful I finally got there. It took me a while obviously. I just wanted to learn and I taught myself.” Brenda said.

On Christmas Day of 2021, a movie about Kurt Warner’s journey to the NFL and his life with Brenda and their family was released titled “American Underdog: The Kurt Warner Story”.

Brenda and Kurt Warner continue to have a strong and loving relationship along with their family. On top of helping less fortunate people by way of their foundations and charitable works, their story will surely light up and give a glimmer of hope to any individual who is going through a rough patch in their life.