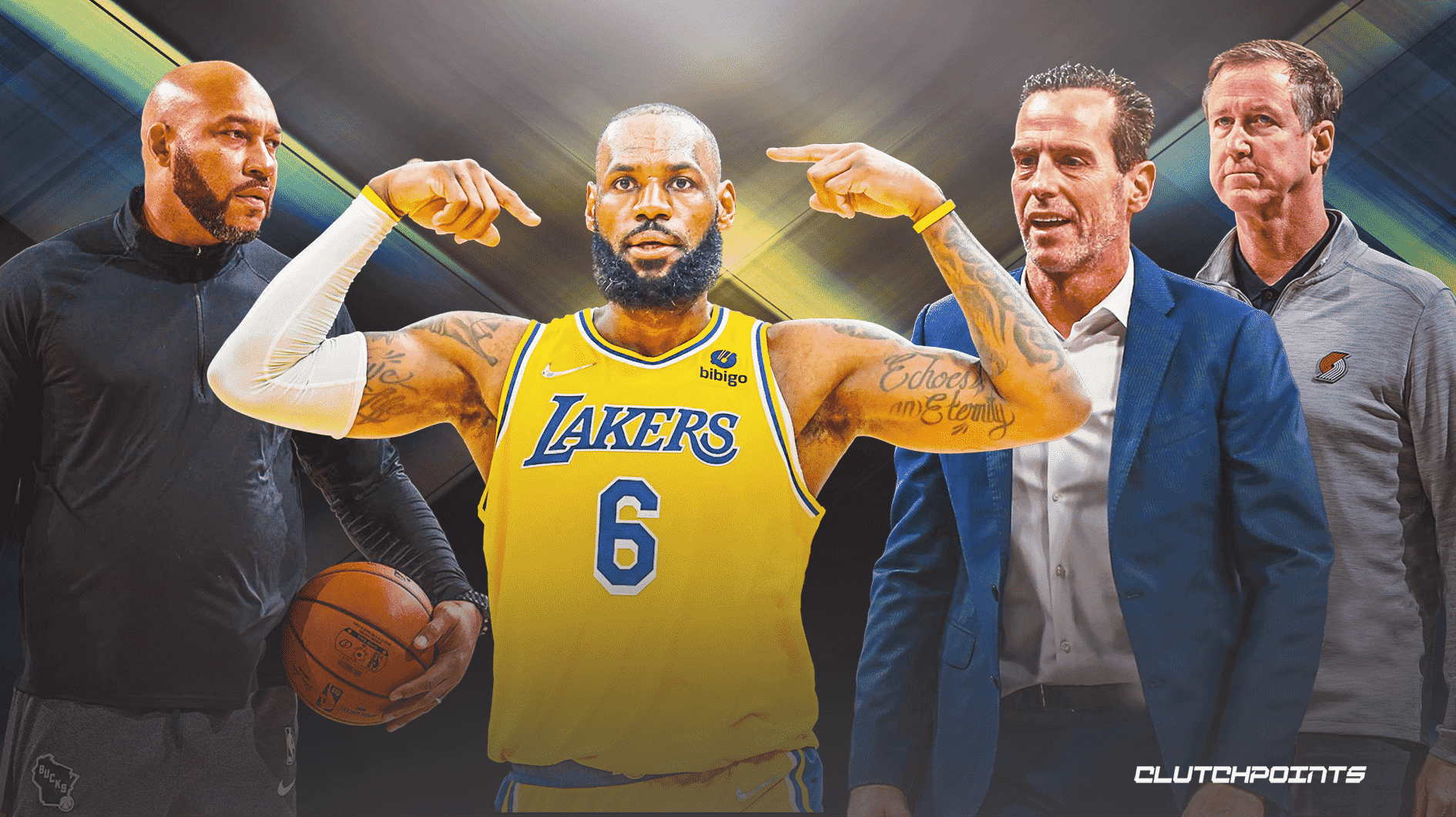 As The Athletic’s Shams Charania reported, the finalists will conduct the next round of interviews in-person. Jeanie Buss will now get involved in the interview process.

A few important notes in here:
-Ham has made strongest impression thus far
-Jeanie will now get involved for final round interviews
-LeBron is not involved
-The Lakers do not intend to waive or "John Wall" Russ next season if he is not tradedhttps://t.co/ZD1f4acNZt

Ham, a former player, has worked as an assistant since 2008 and has been considered for numerous head coaching jobs. He spent time as a Lakers assistant from 2011-13 and has worked under Mike Budenholzer with the Atlanta Hawks and Bucks since 2014. He has made the “strongest impression” thus far, per The Athletic.

Stotts, a tactical offensive guru, compiled a.558 win percentage and led the Blazers to a conference finals berth in nine seasons.

Atkinson enjoyed a successful run as Nets skipper before Kyrie Irving and Kevin Durant decided they wanted a change in leadership. Atkinson — a player-development specialist — has served on Ty Lue and Steve Kerr’s staffs over the past two seasons.

At exit interviews, Pelinka said the Lakers “with, obviously, superstars on our team…want a strong voice that’s able to inspire the players to play at the highest level of competition every night. And I think that’s gonna be one of the resounding qualities that we look for in terms of holding everybody — from the top player on our team to the 15th man — to a degree of accountability.”

Naturally, that criteria would imply a candidate who either played in the NBA and/or has previous head coaching experience. Ham offers the former, Stotts and Atkinson the latter (Stotts played overseas).

I still wouldn’t be surprised if Ham gets the Lakers head coach, with Stotts as a lead assistant/OC https://t.co/z0h2JgLyvm

The Lakers also interviewed Mark Jackson, Charles Lee, and Adrian Griffin, who now seem to be out of the running.

Pelinka said he hopes to have a coach in place before the June 23rd NBA Draft.