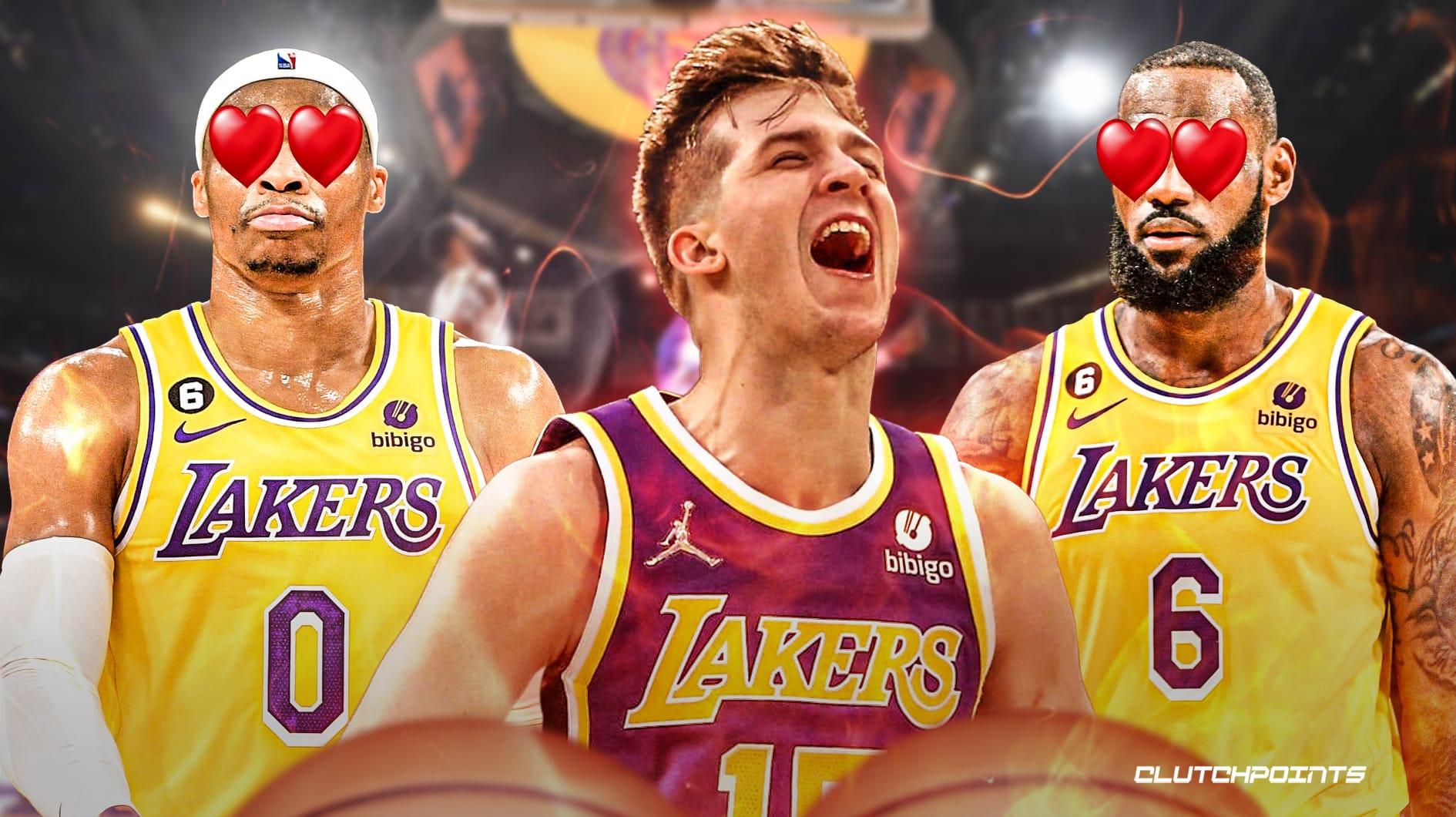 The Los Angeles Lakers struggled throughout the entirety of the 2021-22 season, ending up with 33 wins to round out a disappointing campaign. The addition of Russell Westbrook alongside LeBron James and Anthony Davis didn’t end up being as seamless a fit as they would have liked. However, one bright spot for the team amid bleak circumstances was the emergence of undrafted guard Austin Reaves, who ended up playing 61 games for the injury-torn Lakers.

And now, the 24-year old is continuing to prove his worth to a team desperate for as many positive contributors as they can get.

Austin Reaves scored a season-high 22 points to help lead the Lakers to a 128-109 victory over the Portland Trail Blazers, playing well within himself and knocking down shots when it mattered. In the process, the sophomore guard drew rave remarks from future Hall of Famers LeBron James and Russell Westbrook.

LeBron, in particular, gushed over how he has utmost belief in Reaves’ ability to make the right decisions.

“We trust him. He knows I trust him. And he goes on to play his game, and that’s a beautiful thing to see, especially for a young player to see his growth from one year to the next,” James said, per Ryan Ward.

Meanwhile, Westbrook complimented the 24-year old Austin Reaves for being wise beyond his years.

“His ability to play the game the right way. It’s hard to come by in this league. Been around a long time,” Westbrook said. “He understands how to play even at a young age. When you do that, good things happen for you.”

"His ability to play the game the right way. It's hard to come by in this league. He understands how to play even at a young age."

Reaves began the season coming off the Lakers’ bench, but his ability to do all the little things well has certainly endeared him more to the Lakers coaching staff. Now locked into a 30+ minute role every night, Reaves has shown that the Lakers have plucked yet another solid role player off the free agent depths.

Over the Lakers’ 6-2 spurt in their last eight games, Reaves averaged 15.3 points, 3.1 rebounds and 3.0 assists on a ridiculously efficient 62.5 percent shooting from the field (and 50 percent from beyond the arc). The undrafted guard out of Oklahoma is deservedly turning heads, and with LeBron James and Russell Westbrook vouching for him, it may only be the beginning of what could be a long, productive career.