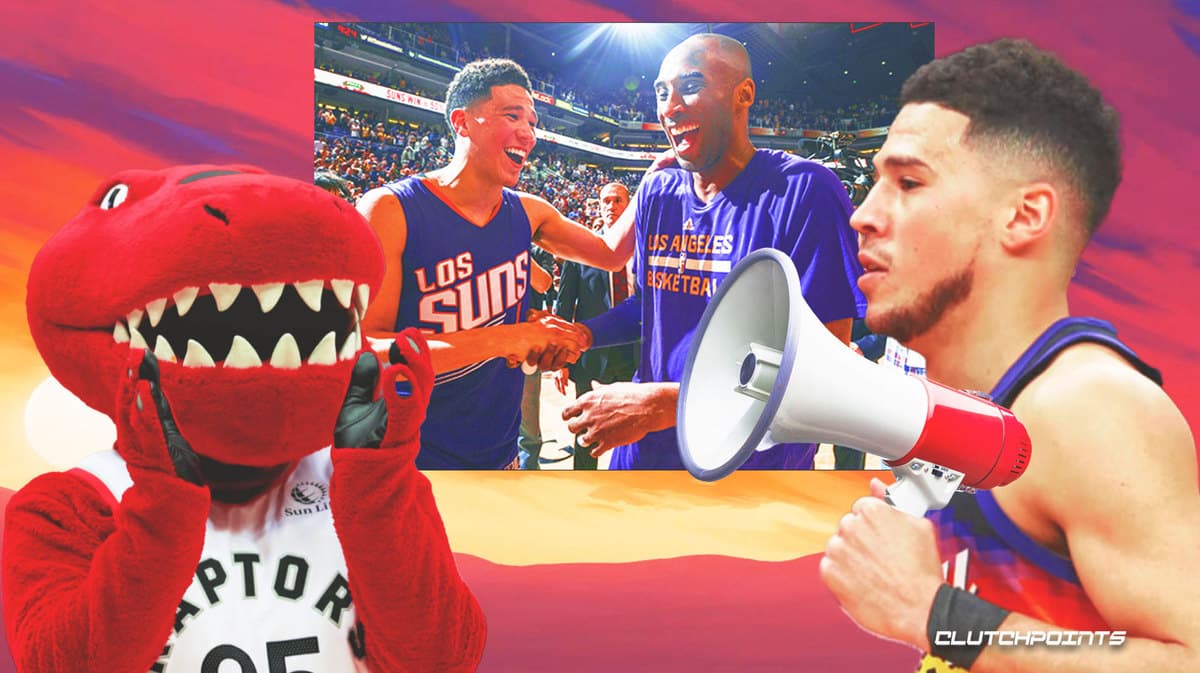 Everyone wants to be like Kobe Bryant, at least in some way, shape, or form. At bare minimum, we all just want to be able to shoot our garbage into trash cans with gusto and accuracy just like the Los Angeles Lakers legend.

But things got a little too real for Phoenix Suns guard Devin Booker. After his latest viral beef with the aptly named Toronto Raptors mascot The Raptor, who distracted him during a pair of clutch free throws, many were quick to compare him to Kobe Bryant and how the Mamba would have reacted differently to the situation.

Devin Booker upset that the Raptors mascot, the only fan in the building, is behind the hoop distracting him with the game on the line. Refs send him to timeout in the corner. pic.twitter.com/F9zLGPPD5D

According to most Twitter scribes and Facebook meme sharers, Devin Booker diverged from his Lakers icon when he decided to get pissed at the mascot. “Kobe would never” called out Book’s detractors on social media.

Devin Booker wasn’t blind to all the Kobe Bryant-related slander being hurled at his direction. The Suns star decided to speak up on the matter after their latest win over the Indiana Pacers on Friday night.

“The only problem I have is people still comparing me to Kobe Bryant,” said Booker of the comparisons to the Lakers icon. “When I told them in the playoffs to stop bringing up Mamba Mentality. I’m inspired by Kobe Bryant, Mamba Mentality, but I am not Kobe Bryant. People are out here yelling Mamba Mentality from their mama’s house.”

I asked Devin Booker about the hate he got online for the fun with The Raptor.

Only problem he has with the online discourse is being compared to Kobe Bryant or hearing Mamba Mentality attached to him.

"I'm inspired by Kobe Bryant and Mamba Mentality but I am not Kobe Bryant." pic.twitter.com/cigcypZSCq

Devin Booker has long been a huge disciple of Kobe Bryant and even flashes some similarities in his game to the Lakers legend. But he wants the NBA world to know he’s his own man. If he wants to yell at a mascot, let him, people.