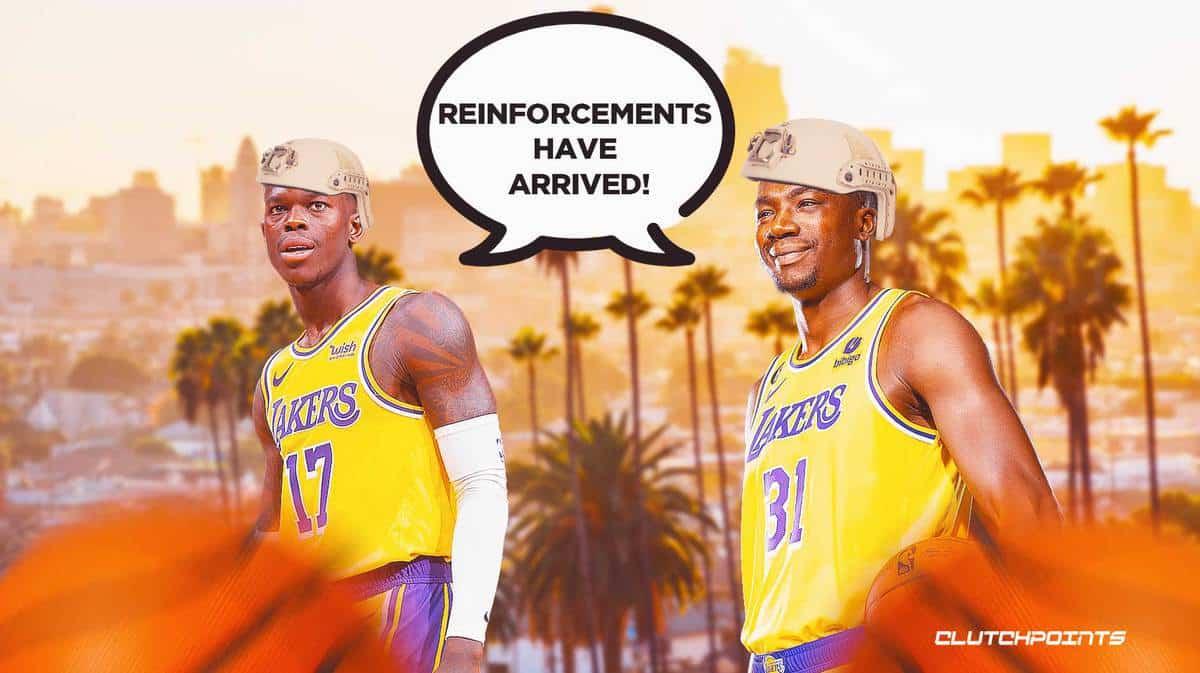 Reinforcements are on the way for the Los Angeles Lakers. According to head coach Darvin Ham — confirming expectations over the past week — point guard Dennis Schroder and center Thomas Bryant will make their 2022-23 debuts on Friday night against the Detroit Pistons at Crypto.com Arena.

Schroder and Bryant have both been out since mid-October after undergoing the same right thumb surgery.

Per the Lakers: Thomas Bryant had the same thumb surgery as Dennis Schroder and will also be reevaluated in 3 weeks. pic.twitter.com/gQlZo8tFsF

In other injury news, LeBron James has been upgraded to “questionable” for the Pistons matchup. LeBron (left adductor strain) was listed as “doubtful” for the last two games and didn’t suit up for either — a loss to the Sacramento Kings last Friday and a win over the Brooklyn Nets two days later.

The Lakers will have enjoyed five days off by the time the Pistons game tips off. If LeBron plays (he was a non-contact participant in practice on Thursday) they should be as well-rested and healthy as they’ve been all season.

It couldn’t come at a better time. At 3-10, Los Angeles is about to embark on a relatively light stretch of schedule that coincides with the unofficial beginning of trade season, right around Thanksgiving.

If Schroder gives the Lakers an immediate spark, it could render the front office more open to dealing Russell Westbrook, or perhaps Kendrick Nunn and Patrick Beverley, both of whom have struggled mightily to start the season.

Bryant, as a career 35.0 percent three-point shooter, could play alongside Anthony Davis, who has spent the bulk of his minutes at center. Damian Jones has endured a rough start and is currently out of the rotation. Wenyen Gabriel has seen most of the backup center minutes as of late.