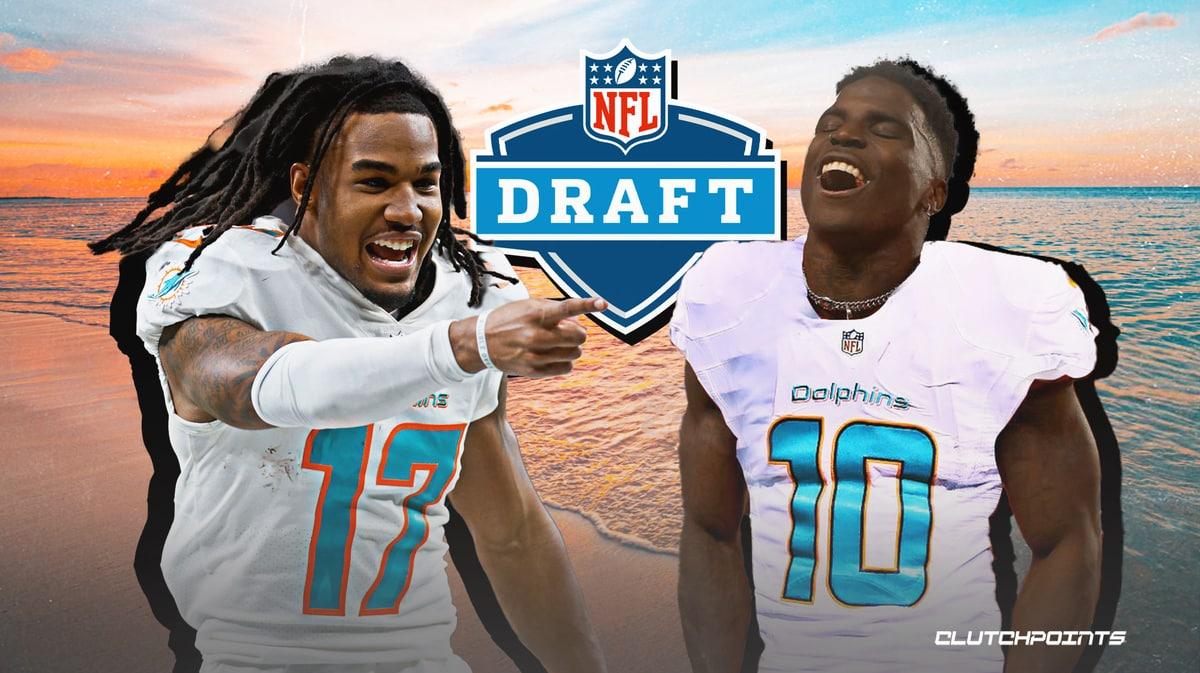 With the Miami Dolphins only having four total draft picks at their disposal for the 2022 NFL Draft, they must make sure they take advantage of them. After having used their 2022 1st, 2nd, and 4th round selections (plus two mid-round picks from 2023) to acquire Tyreek Hill from the Kansas City Chiefs, they have already made their big move of the offseason.

Pairing Hill with Jaylen Waddle and Tua Tagovailoa will make for a super intriguing first season for head coach Mike McDaniel, who is a former offensive coordinator tasked with helping the Dolphins regain postseason relevancy in the AFC. In this Dolphins mock draft, their few selections should be used to help improve key areas, even if they aren’t flashy.

With Michael Dieter currently entrenched as Miami’s starting center, addressing this position is at or near the top of the list for this mock draft. And grabbing a player like Arizona State’s Dohnovan West is a great way to make that positional need a thing of the past.

West is widely seen as a member of the top 3 centers in this draft, behind Iowa’s Tyler Linderbaum and fighting alongside Kentucky’s Luke Fortner and Boston College’s Alec Lindstrom. His positives include his hand usage and understanding of the game, two areas that should translate well onto the next level.

With both Andrew Van Ginkel and Jaelan Phillips currently listed as the starters at outside linebacker, bringing in a solid pass-rushing option like Ole Miss’ Sam Williams would be a great usage of a mid-round selection, especially on a player that had some early-draft buzz as a higher selection.

Williams would be an excellent fit in the 3-4 front for the Dolphins, as his pass-rush skills would be on display against their AFC East foes. A bit stiff at times with how he can attack the play, Williams has solid strength and speed to help combat whatever kind of moves the opposing offensive lineman chooses to throw his way.

Even after acquiring Hill, the Dolphins will likely still be in the market for a taller WR with their trade of DeVante Parker to the New England Patriots. Indiana’s Ty Fryfogle is a good-enough, late-round lottery ticket that the Dolphins should select in the 2022 NFL Draft if they want to continue to develop their WR unit.

Fryfogle never truly had major statistical outputs for the Hoosiers during his five years, but his ball skills are enough to get him onto the radars of teams looking to take a late-draft, taller WR option. As Fryfogle enters the league, he will need to work for whatever he gets – but the Dolphins offer up a great chance to make their roster.

The final selection of the 2022 NFL Draft for Miami is for their offensive line, a unit that has a bunch of depth already and just signed Terron Armstead, but certainly could still use another depth piece.

Houston’s Patrick Paul is a development piece for sure, as he is not really seen as one of the draft class’ 20 best offensive tackle prospects. Needing to work on establishing a strong base that is less reliant on arm length, Paul comes with a run-game acumen and a nasty streak, making him an intriguing option for the Dolphins to look to for their offensive line, down the road.