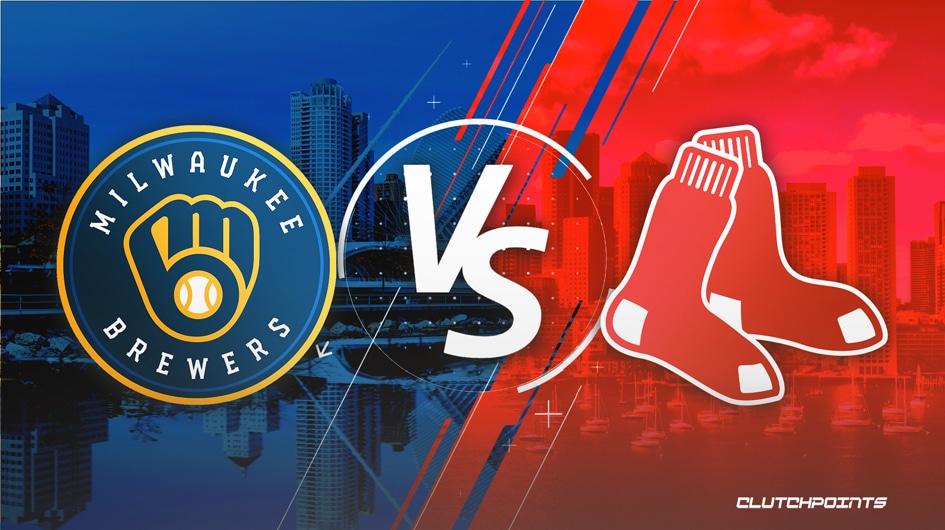 The Boston Red Sox are set to host the Milwaukee Brewers today in the first matchup of a three-game weekend series at Fenway Park. With that said, it’s a good time to check out our MLB odds series, which includes our Brewers-Red Sox prediction and pick we have laid out below.

Boston is 2-5 since the All-Star break with losses in 11 of its past 14 games. Meanwhile, Milwaukee has been on a completely different trajectory lately. After taking a three-game losing streak into the break, the Brewers took three out of four against the Colorado Rockies and swept the Minnesota Twins in a two-game set.

Even with the Red Sox’s recent struggles, they’re still very much alive in the playoff hunt. At 50-50, they currently sit 3 1/2 games back of the Tampa Bay Rays for the final wild-card spot in the American League. Milwaukee is atop the NL Central at 55-44, with a three-game lead over the second-place St. Louis Cardinals.

Here are the Brewers-Red Sox MLB odds, courtesy of FanDuel.

At least on paper, the Brewers appear to have a fairly substantial advantage in the pitching department. Brandon Woodruff ranks second among Milwaukee starters with a 3.73 ERA, with his best stretch of the season coming following his return from the injured list late last month. He has a 2.20 ERA in his five starts since, with an average of 6.6 hits allowed and 12.2 strikeouts per nine innings during this stretch.

Projected Boston starter Brayan Bello has struggled in the first three starts of his MLB career, allowing 14 earned runs, 22 hits and eight walks in just 12 innings. As is the case almost anytime a rookie starting pitcher takes the mound, the bullpen seeing significant action is a strong possibility. Milwaukee holds a slight edge here, with its 3.92 bullpen ERA being 31 points lower than that of the Red Sox. The Brewers have also been one of the more productive teams in baseball against right-handed pitching, ranking fourth in OPS and slugging percentage and third in home runs.

Over the course of the season, both teams have been pretty equal at the plate. Milwaukee ranks seventh and eighth, respectively in runs scored and OPS — one spot ahead of the Red Sox in each category. However, there have been few similarities between the two during July. The Brewers rank in the top five in the MLB this month in OPS, home runs, and walks, while Boston ranks among the bottom 10 in baseball in both OPS and runs scored during this span.

Outfielder Hunter Renfroe has been an absolute force at the plate as of late and is worth considering for individual prop bets. Renfroe has 10 RBIs, four home runs, and a 1.117 OPS over the past six games. Infielders Kolten Wong and Luis Urias have also been dangerous during this stretch, with each posting an OPS above 1.000 over the past week.

It’s tough to feel good about where Boston is offensively at the moment, but there are a few reasons for optimism. Despite their recent issues, the Red Sox still rank in the top 10 in baseball in batting average and runs driven in against right-handers, with their 163 doubles off righties being an MLB-best. Star shortstop Xander Bogarts has also picked up steam lately, posting a .348/.444/.609 slash line with five RBIs, one home run, three doubles, and two runs scored over the past week.

Obviously, it’s a completely different animal pitching at the major league level, but Bello’s track record in the minors indicates a turnaround could be coming in the near future. He dropped his ERA by more than 1.50 in each of the past two seasons, posting a 2.35 ERA and .184 opponent’s batting average across 16 appearances in Double-A and Triple-A this year. He also has yet to allow a home run during his brief time in the majors, an aspect of the game that’s played a significant part in Milwaukee’s success against right-handers.

If third baseman Rafael Devers were in the mix, it would be a lot easier to feel good about Boston’s chances to cover at +1.5 (-115). However, with the back-to-back all-star — who ranks third in the MLB in OPS against righties — on the 10-day DL with hamstring inflammation, there’s a lot less comfortable in backing a team that’s been one of the worst in the league for the past few weeks. Considering nine of the 13 combined games the two teams have played since the break has featured more than nine runs, the over seems to be the play here.