This NL West rivalry will play Game 2 of a 3-game series on Saturday night. It’s time to continue our MLB odds series with a Padres-Dodgers prediction and pick.

Friday night’s affair was one-sided pretty much the entire game. It was an emotional night for LA with the tribute to Vin Scully. The Dodgers did not disappoint, though.

The Padres seemed to have gotten to Tony Gonsolin early with a high pitch count but instead failed to score a run until the ninth inning. Gonsolin pitched five shutout innings to stun the new-look Padres. Sean Manaea struggled and allowed eight runs in the first three innings.

The Padres are now (61-48) on the year but only (1-2) in the Juan Soto era. LA improved to (73-33) on the season and seem to be taking control of the National League once again. The Dodgers are running away with the division and even though the Friars got better at the trade deadline, the Dodgers just don’t care. The Padres swept the Dodgers last season back in June of 2021. Since then, the Dodgers are (14-2) against them.

Here are the Padres-Dodgers MLB odds, courtesy of FanDuel.

Right-hander Mike Clevinger will start once again for the Padres. He’s been pitching well over his last few starts lowering his ERA down to 3.13 on the year. He’s (3-3) with a 1.08 WHIP in 60 innings on the season. His 59 strikeouts show you what type of pitcher he is and he uses his slider to shout down opposing hitters. In his last start against the Colorado Rockies, he pitched seven innings allowing five hits and one run. This will be his first start against the Dodgers since back in the playoffs in 2020 when he was removed in the 2nd inning of the NLDS.

With a lineup like this, it’s hard to see them register just four hits. That shouldn’t happen very often if the sixth spot is either Jake Cornenworth or Brandon Drury. Speaking of Drury, his mistakes at third base last night cost the Padres a lot of runs last night. With Manny Machado at the DH, Drury was tasked with playing third and the Dodgers took advantage of that. Machado is still dealing with an ankle injury according to Padres beat reporter AJ Cassavell.

The offense will need to regain its focus as they are playing two important games. Expect the hitting to be better than Game 1 but the Padres have struggled against left-handed pitching this year.

Starting for the Dodgers is a new face in Andrew Heaney. Heaney is off to a great start since joining the roster with a (1-0) record in 23 innings. He has an ERA of 0.77 and a WHIP of 0.99 in five starts. Heaney has allowed only two earned runs this season and should continue to be on his game at home where he has a 0.60 ERA. He isn’t going deep into games but hasn’t allowed more than five hits in any of his five starts. The southpaw will need to be on his game if the Dodgers want a shot at covering against this deep lineup.

Speaking of deep lineups, the Dodgers compare nicely to the Padres. The lineup is without Justin Turner as he is on the IL. A couple of bullpen guys are out and so is Clayton Kershaw (who wasn’t projected to start this series anyway). For the most part, this team is healthy and it’s being led by the trio of Mookie Betts, Trea Turner, and Freddie Freeman. Look for those three to try and attack Clevinger early and if they do, they could do some more damage once again.

This is a tough pick because I do believe the Padres will pick up the pace and score some runs. However, the Dodgers are on a roll and the Padres really haven’t seen a threat to them yet. Take LA to cover the spread once again at home. 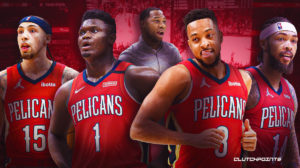