Dwyane Wade’s one-year-old daughter Kaavia pretty much epitomized how basketball fans are currently feeling at the moment since the NBA suspended its 2019-20 season due to the coronavirus (COVID-19) pandemic.

The retired NBA star turned basketball analyst shared a photo of his youngest child on Instagram with the caption, “Mood.” The picture showed the toddler sitting on a couch with a blank stare on her face.

Both NBA players and fans alike are left quarantined inside their own homes following the alarming spread of the coronavirus around the globe. Basketball aficionados must now survive without their daily fix of hoops action, as the league is not expected to resume the games for at least two months.

Three NBA players have tested positive for the virus, including Rudy Gobert and Donovan Mitchell of the Utah Jazz, as well as Christian Wood of the Detroit Pistons. The league is still quite lucky to have imposed its health measures early before the virus could have spread to even more players. 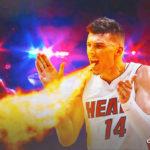 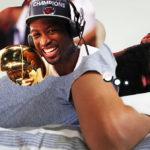 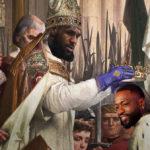 Dwyane Wade’s adorable photo of his daughter, meanwhile, is certainly a welcome sight during these grim times. Wade and his wife Gabrielle Union’s family have been in the spotlight as of late.

D-Wade’s eldest son Zaire appears to be NBA-bound and has been teammates with LeBron James’ son, Bronny, with Sierra Canyon. The 38-year-old three-time NBA champion also received adulation from the LGBTQ community after embracing his 12-year-old son Zion’s transition as a transgender girl. Wade even introduced her to the whole world as Zaya.