Joakim Noah likely to retire after getting waived by Clippers

All signs point to Joakim Noah hanging up his basketball sneakers for good after the Los Angeles Clippers waived him on Tuesday. ESPN’s Adrian Wojnarowski revealed that the center will no longer make himself available for other NBA teams and just call it a career after 13 seasons.

Clippers are waiving center Joakim Noah — and his agent, Bill Duffy of @BDA_Sports, tells ESPN that Noah is “likely headed toward retirement.” One of his era’s most ferocious competitors, Noah played 13 seasons, made two All-Star games and was a 3-time All-Defensive team choice.

Joakim Noah, of course, rose to prominence as the Chicago Bulls’ energizer bunny during their dominant years in the early 2010s. The 6-foot-11 slotman anchored what was the best defensive unit in the NBA at that time and was rewarded with two All-Star appearances in 2013 and 2014 and a Defensive Player of the Year nod in 2014.

The former University of Florida standout, however, battled a lot of significant injuries in his prime that led to his exit with the Bulls after the 2015-16 campaign. Noah also played for the New York Knicks and Memphis Grizzlies before being picked up by the Clips back in March. 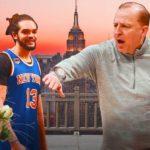 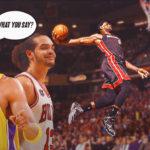 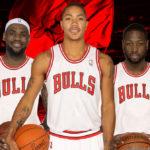 Noah showed flashes of his old self when he played for Memphis in 2018-19 until a freak Achilles injury further slowed him down. He tried another valiant NBA comeback for the Clippers but didn’t offer much of an impact in his brief tenure. Noah appeared in five games for LA and notched forgettable averages of 2.8 points, 3.2 rebounds, and 1.4 assists in 10 minutes per game.

Now 35 years old, it’s not hard to see Noah back in the NBA circles–but in a different capacity, of course. Evan Turner recently announced his retirement and landed an assistant coaching gig with the Boston Celtics. With his defensive chops and high basketball IQ, Noah has what it takes to be a defensive-oriented coach if he decides to go down that path.