2025 is shaping up to be quite a lucrative year for the NBA. With the league’s current TV contract with ESPN and Turner Sports expiring that season, the NBA is aiming to triple their asking price, shooting for a nine-year, $75 billion deal that would net them $8.3 billion annually, according to CNBC’s Jabari Young (H/T Forbes’ Morten Jenson). This would mean that, if the Players’ Association elects for an all-at-once salary cap spike like they did for the previous contract (the spike that infamously gave the Golden State Warriors the ability to sign Kevin Durant), the salary cap could land at a whopping $171 million in 2025, according to Jenson’s league source. For context, the salary cap for the upcoming 2021-22 season is set at just $112 million.

What does such a spike mean for the players themselves? For starters, players whose contracts expire that offseason are going to get major pay bumps, signing absurdly massive contracts, particularly if they’re superstars. For example, Giannis Antetokounmpo would be able to opt out of the final year of his five-year, $228 million deal that summer in order to sign a new five-year, $347.1 million deal, according to Jenson. (Yes, you read that figure right.) That’s $59.85 million in the first season, topping off at $79 million in the final year after annual 8% raises.

It also means the best of the 2020 rookie class might elect to bet on themselves by taking the qualifying offer in 2024 and forgoing restricted free agency. They would be passing up guaranteed money with their current teams, but with such a spike looming, they could see a massive pay bump if they manage to maintain max-level play in the 2024-25 season, and they’d get to sign with any team with cap space (which, due to the spike, would be most teams) rather than be tied down to the team that drafted them. 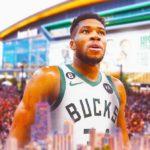 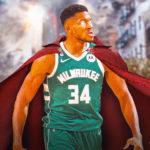 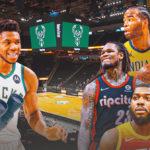 Could this also mean another superteam formation like it did in 2016 with the Warriors? Tough to say. Perhaps the Players’ Association is still having collective nightmares about dealing with that ‘Hamptons’ 5′ lineup, and will elect for cap smoothing to avoid creating another unstoppable juggernaut.