15-time All-Star and former NBA champ Kevin Garnett recently guested on Showtime’s “All The Smoke” hosted by Stephen Jackson and Matt Barnes. During the episode, Garnett was asked to relive one of his best memories of the great Michael Jordan.

It took Garnett a second to collect his thoughts — probably because he had a ton of unforgettable experiences with MJ — but once he got started, boy did he deliver:

Garnett is known as one of the most avid trash-talkers in league history. He has been known to get on the nerve of every other player he comes across, and more often than not, this tactic works in his favor. This particular encounter with Jordan, though, could not have been any less successful.

MJ himself was known to talk smack against his opponents at every opportunity, but in dealing with a young rookie in Garnett, the Chicago Bulls legend just let his game do the talking. Jordan of course took the time to let KG know what was up once he was done taking him to school.

For those who may have missed the nugget right before the video cut out, Garnett ended with the valuable lesson he learned in this unforgettable experience:

“Never talk shit to Michael again ever in life,” he said.

So in this brief four-minute clip we ourselves have learned two very important things: First is that you never talk smack to Michael Jordan, and second, Kevin Garnett is one of the best storytellers in NBA history. 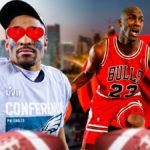 ‘Hero of mine’: Jalen Hurts explains his admiration for Michael Jordan 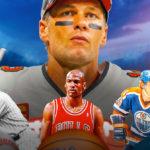 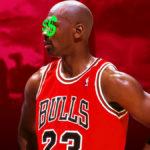