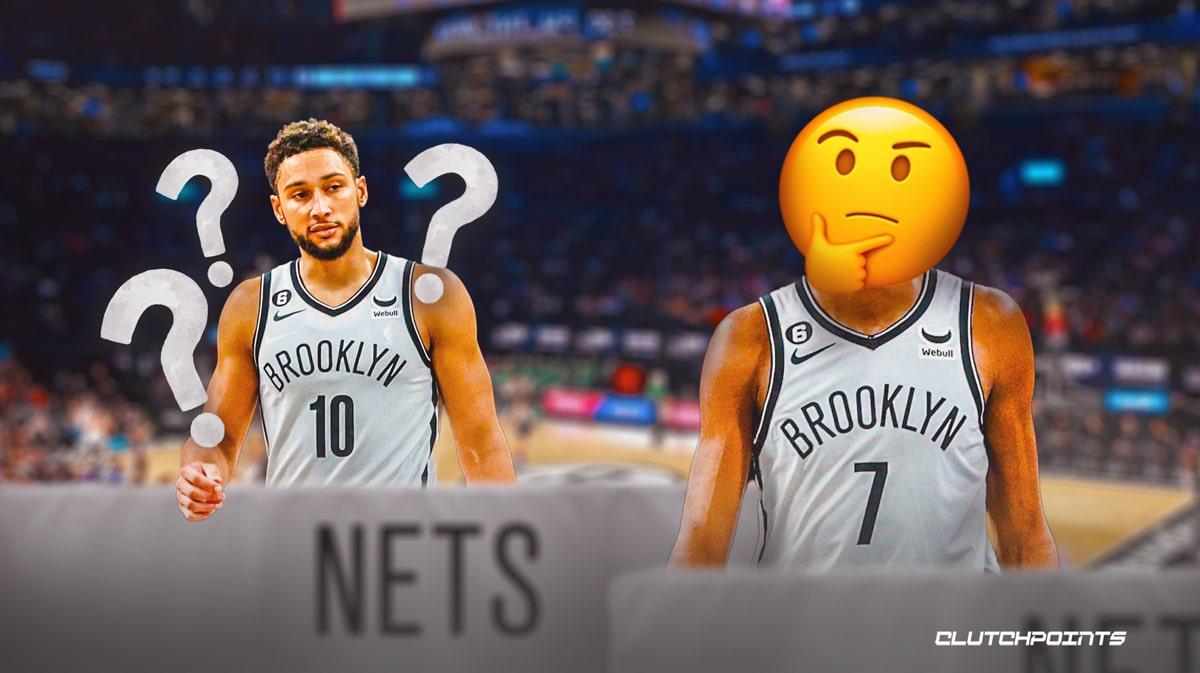 Tuesday night was a disaster for Kevin Durant and the Brooklyn Nets.

The Sacramento Kings demolished the Nets, 153-121, in a game that saw the visitors trail by as many as 39 points. The 153 points are the most allowed by the Nets in franchise history. The historic loss, Brooklyn’s second straight, comes after recent success under newly hired head coach Jacque Vaughn.

If you were looking for a silver lining from the putrid Brooklyn performance, Ben Simmons was it. The 26-year-old turned in his most aggressive game as a Net, posting 11 points on 5-of-7 shooting. Simmons was noticeably more assertive from the jump, attacking the paint and looking to generate offense:

“His first attack to the rim was great. I thought he pushed the pace. A lot of paint attacks. I think the game was at his speed,” Vaughn said postgame. “He was able to get the ball to his teammates, so a lot of good from him tonight.”

While the performance had a different feel than anything Simmons had shown prior, Durant said the three-time All-Star’s aggressive mentality should not be seen as an outlier.

“That’s stuff that we expect out of him,” Durant said. “Nothing surprising.”

Simmons is recovering from offseason back surgery while also dealing with a knee ailment. However, Durant said his expectations for his new teammate will not change if he is on the court.

“If you’re out there and you’re playing, I assume that you’re physically fine,” Durant said. “He made some good drives tonight, but that’s what we expect out of him.”

Prior to Tuesday, Ben Simmons had been alarmingly passive, averaging 5.2 points on just 5.0 shots per game while showing visible discomfort in his back when initiating contact. Shams Charania reported Wednesday at The Athletic that these struggles had led to building frustrations surrounding the first-year Net within the organization.

“According to multiple sources with direct knowledge of the situation, the frustration surrounding Simmons had been building in recent weeks within the organization,” Charania said. “The coaching staff and players have been concerned about his availability and level of play, with some questioning his passion for the game, those sources said.”

Charania’s report of Brooklyn’s discouragement surrounding Simmons is not the first. ESPN’s Adrian Wojnarowski reported eight games into the season that the former No. 1 pick had become “a source of frustration” for Durant and other Nets players.

"Ben Simmons has been a source of frustration for Kevin Durant, for others on the Nets so far, because he's been unable to stay on the floor, but prior to that, he has shown that he's a long way away from being back to an impactful player."

The reports and early struggles come with Simmons battling several ailments. In addition to recovering from back surgery, Simmons missed four games last week with soreness and swelling in his left knee. Despite the frustrations surrounding his availability, the 26-year-old said he has been doing everything he can to stay on the court.

“You’re obviously not gonna be happy when anybody’s out,” Ben Simmons said. “But for me, I’ve been dealing with the knee since the start of the season. It’s been swollen. I had PRP (injections). I had blood drained a couple times. So it’s not a made up thing, you know? It’s a real thing.

“I’m on full overload with treatment, everything I need to do to stay out there,” he continued. “I’m just spending more time on the table, honestly, more downtime (where) I’m literally just leg up, icing, doing whatever I need to do – sleeping.”

Following his disappointing Nets debut, Simmons alluded to his physical re-acclimation being a factor in his lack of aggressiveness.

“It takes time,” he said. “Having back surgery and being away from the game for a year, there’s little things that your mind might tell you to go do something but your body’s not wanting to go do that. But those are the habits, that’s something that I just need to continue to focus on and be aggressive regardless of the result.”

Charania’s report indicated that the team’s frustrations with Simmons “bubbled to the surface” when the Nets held a players-only meeting following an embarrassing loss to the Indiana Pacers. Markieff Morris reportedly spoke up about the team’s need for Simmons to succeed and better respond to adversity on the court. Sources told Charania that Simmons “took Morris’ words in stride” and was “responsive and attentive” throughout the meeting.

The former Rookie of the Year’s performance Tuesday appears to be a positive step towards returning to an aggressive, downhill mindset. Following early offensive struggles with Simmons and Nic Claxton sharing the floor, Vaughn has fully committed to Simmons coming off the bench as a backup 5, opening the paint and driving lanes for Brooklyn’s offense.

While Ben Simmons’ re-acclimation will be a process, Brooklyn’s ability to compete at high level hinges on the three-time All-Star at least approaching his old form. When asked how he can help his teammate get back to that level, Durant said there’s a balance between patience and urgency, but Simmons will largely have to find it in himself.

“Just keep encouraging. More than anything, that comes from within. Internally figure that out,” Kevin Durant told Andscape’s Marc J. Spears. “And we can encourage and be there for him as much as we can, but it’s all about the individual and I think he wants it. So, you’ve got to be patient, but also know that there’s some sense of urgency as well. So, it’s a balance you got to have with him. But most of the time, most of it’s going to come internally.”