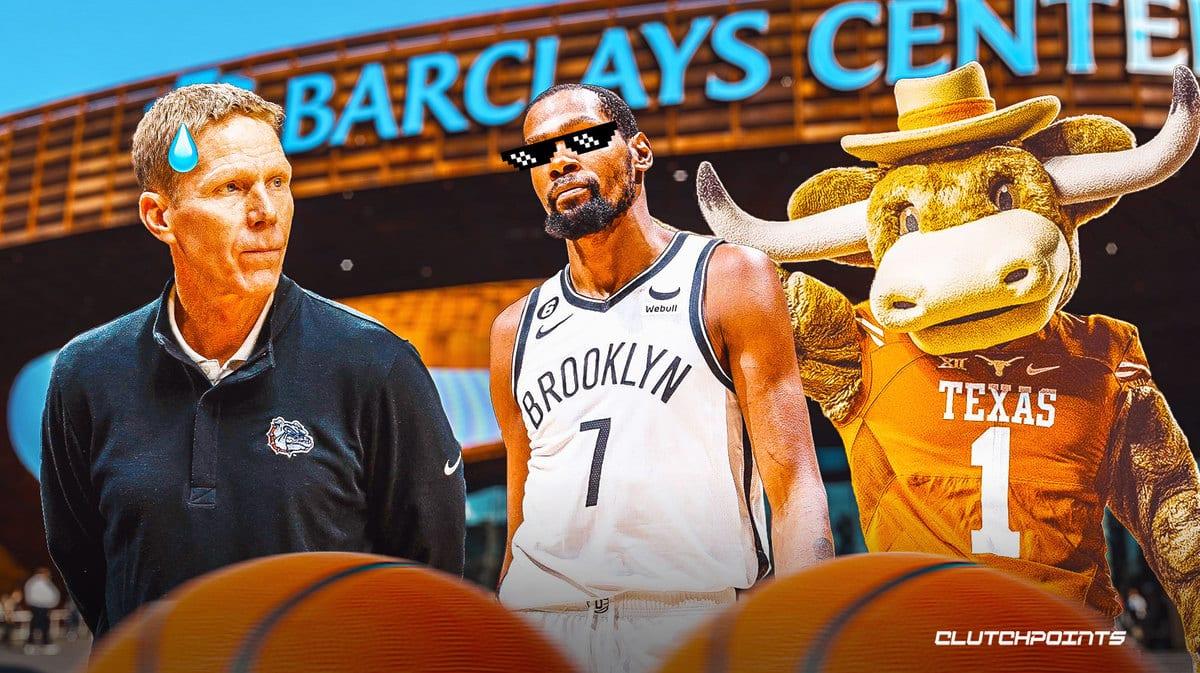 The No. 11 Texas Longhorns gave Brooklyn Nets superstar Kevin Durant something to feel good about Wednesday night, as Chris Beard’s squad pummeled the No. 2 Gonzaga Bulldogs in Austin, 94-74.

After opening the season with two wins in a row against lowly teams in the form of the UTEP Miners and the Houston Christian Huskies by a combined winning margin of 66 points, the Longhorns were ready to take on a fellow national title contender to paint a better picture of how strong Texas really is. Kevin Durant definitely loved how his alma mater played against a powerhouse.

It is safe to say that the Longhorns did a good job of doing that, as they did not just beat Gonzaga — they demolished Mark Few’s team. Sophomore guard Tyrese Hunter was sensational for Texas, dropping a monster 26-point performance to lead all scorers. Marcus Carr and Dylan Disu also chipped in 16 and 12 points, respectively, for the Longhorns, who are now 3-0 and should be expecting a big climb up the AP Poll rankings.

Kevin Durant played for the Longhorns for one season back in 2006-07 college basketball campaign. It was all the world needed to see to think that he would be a future legend in the NBA. In his only year in Austin, Durant put up 25.8  points and grabbed 11.3 rebounds per game. Together with AJ Abrams and DJ Augustin, Durant managed to lead the Longhorns to the National Tournament as a 4-seed, but the team failed to progress beyond the second round.

The Longhorns will take a few days of rest before facing the Northern Arizona Lumberjacks on Monday.