New Brooklyn Nets star Kevin Durant gave his nod of approval for Drake’s lyrics in a collaboration with Florida-based rapper Rick Ross, “liking” an Instagram post with a verse that immortalized the sacrifice he made on the court.

Drake’s starting bars in “Gold Roses,” one of the first singles of Ross’ new “Port of Miami 2” album, quickly described Durant’s Achilles injury and the trials he must endure by missing the upcoming 2019-20 season recovering from it: 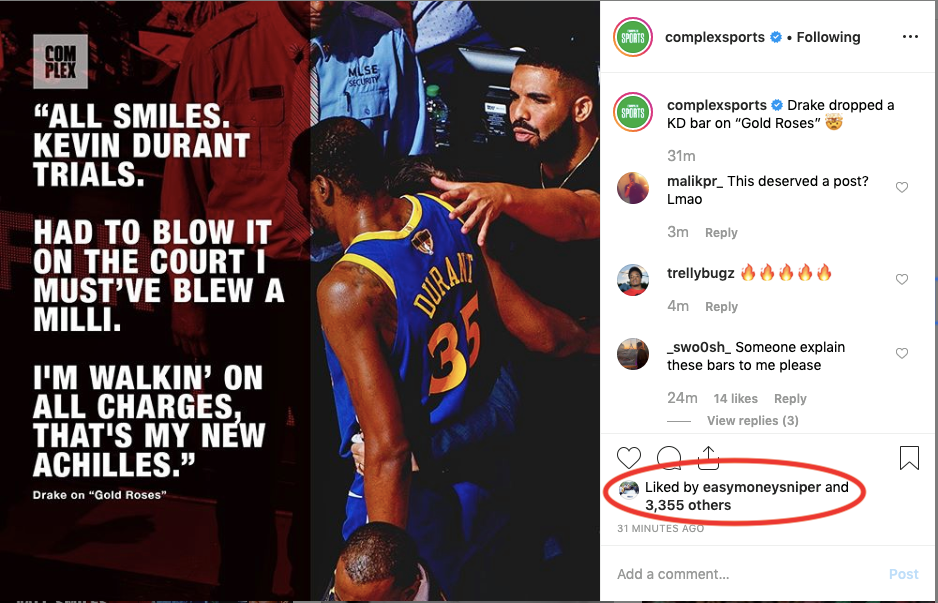 You can listen to the song here, with Drake’s verse on KD coming at the 45-second mark:

Drake was among the fans witnessing the soul-crushing injury to Kevin Durant, who played 12 of the first 14 minutes of action in Game 5 before his tendon went out on a drive against former teammate Serge Ibaka.

In the last few seconds of the clip below, Drake can be seen consoling Durant as he made his way to the locker room, visibly frustrated right after he walked past him and into the bowels of Scotiabank Arena:

It was only a matter of time before Drake put those emotions into his lyrics, keeping a friend in mind despite the short-lived rivalry they’ve had through the course of the NBA Finals.

Judging by Durant’s “like” on Instagram, it seems KD and Drizzy are back to being old friends once again.

The 5 greatest Houston Rockets of all time