Brooklyn Nets star forward Kevin Durant recently returned from a strained hamstring that kept him out for a large portion of the season only to be sidelined again due to a thigh injury against the Miami Heat last Sunday.

According to Stefan Bondy of New York Daily News, Steve Nash believes that Durant can come back any day now, but it’s a matter of keeping him healthy for the postseason.

With that said, Steve Nash said he and Kevin Durant will have to work together to see how much KD should play for the Nets and decide on the path that needs to be taken for him to be completely healthy. 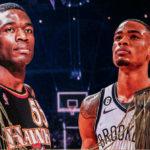 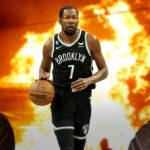 “This is a discussion to have with Kevin and performance and make sure that we’re all on the same page. He was just kind of creeping out of his ramp up. And so how much this sets him back or doesn’t I’m not totally sure. So I think that’s something that we’ll have to monitor and make a decision on when the time comes,” Nash furthered.

Durant has not been able to catch a break these past two seasons, as his body has gone through a lot. With James Harden and many others also on the inactive list, the Nets will need to work with what they have on the roster until they are fully healthy.