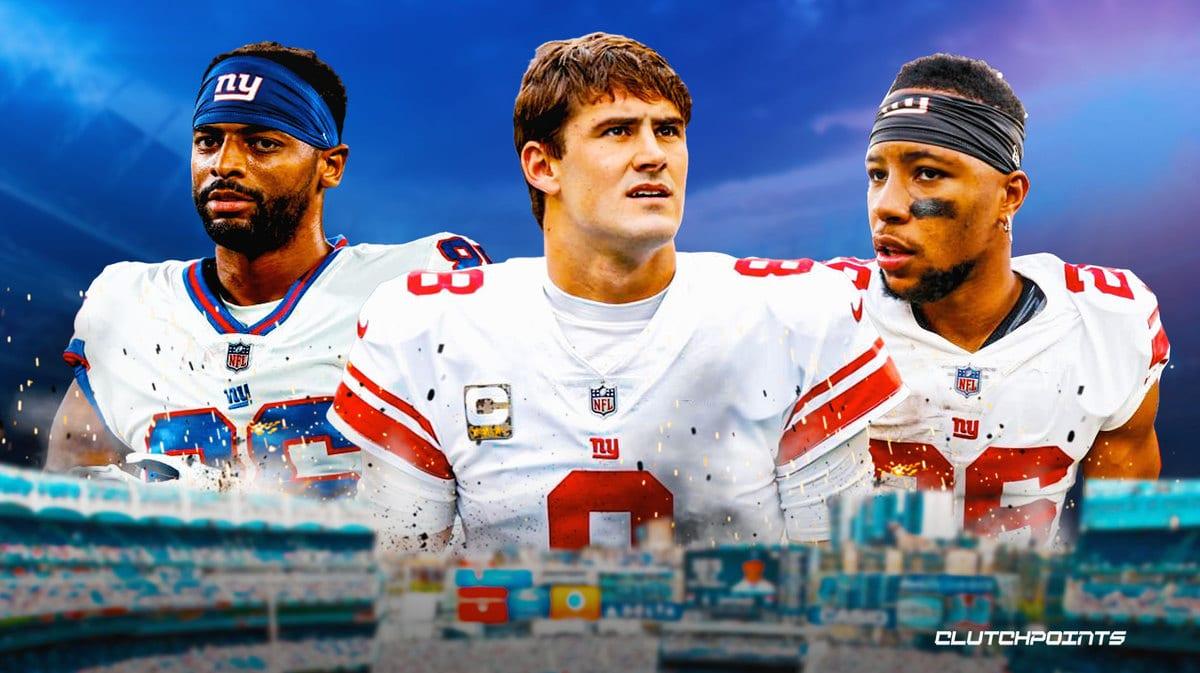 On Thanksgiving day, Daniel Jones and the New York Giants will be taking on Dak Prescott and the Dallas Cowboys. Ahead of the Giants-Cowboys Week 12 matchup, we will be giving our Giants Week 12 predictions.

Led by Jones, the Giants currently sit at 7-3 and are second in the NFC East heading into Week 12.

They have defied expectations all season, finding ways to win games in crunch time. Through the 10 games that the Giants played this season, eight of them have been decided by eight points or less. This includes a Week 3 loss to the Cowboys that the Giants lost 23-16.

After going on a four-game win streak, the Giants have gone 1-2 over the last three weeks. This includes two double-digit losses from the Seattle Seahawks and the Detroit Lions.

During their Week 11 loss to the Lions, the Giants put in arguably their worst outing of the season. Star running back Saquon Barkley rushed for just 22 yards on 15 carries. And while Daniel Jones threw for 341 yards and one touchdown, he also added two interceptions.

Injuries have impacted the Giants heavily this season. This reached what appeared to be a tipping point in Week 11.

Rookie wide receiver Wan’Dale Robinson suffered a torn ACL and was lost for the season. Cornerback Adoree’ Jackson suffered a sprained MCL and is expected out for four to six weeks.

Now heading into Week 12, the Giants will be without starters on both sides of the ball. But this team has proven that they are among the most resilient in the NFL. This could lead to a strong showing in Week 12 against the Cowboys.

In this clash between two longtime rivals, the Giants and the Cowboys, the stars from both teams will likely shine. This could prove to be the game of the day on Thanksgiving.

Here are our Giants Week 12 predictions against the Cowboys

3. Darius Slayton delivers for the Giants

The Giants wide receiver room has been struck with injury problems since before the season even started. Now heading into Week 12, this is the weakest group within the offense.

With Kadarius Toney being traded, and both Robinson and Sterling Shepard out with torn ACLs, just two starters remain for the Giants. Kenny Golladay has played far below expectations in his second season with the team, but Darius Slayton has stepped into the lead role with ease.

After almost being released from the team in the preseason, Slayton has earned his spot on the team. Over the past four games, Slayton has recorded 16 receptions for 305 receiving yards and two touchdowns.

Now, as the main receiving option in Week 12, he could turn in his strongest outing of the season.

Since both being drafted in 2019, Slayton and Jones have built a strong connection on the field. The speedy receiver is a go-to target and can stretch the defense.

He will be met with a strong challenge as he lines up across from Cowboys cornerback Trevon Diggs on Thursday. But Slayton has managed to defy expectations all season, and he could do it once again in Week 12.

2. The running backs control the game

So far this season, Barkley has played some of the best football of his career. He has rushed for 953 yards and six rushing touchdowns on 213 total carries. Through the air, he has added 31 receptions for 210 receiving yards.

In Week 11, Barkley had his worst outing of the season as he totaled just 35 yards from scrimmage. On Thursday, he will be looking to bounce back as everyone around the NFL watches.

The Cowboys run defense has excelled at keeping players out of the endzone as they have allowed just five touchdowns on the ground. But they haven’t stopped teams from breaking them down, as they have given up 1,361 yards.

Coincidentally enough, the Giants run defense has played almost the exact same way. They have allowed just two fewer yards on the ground this season with 1,359 yards. This unit has struggled with keeping teams out of the endzone on the ground as they have given up nine rushing touchdowns so far.

On the other side, the Giants will be tasked with slowing down the Cowboys backfield of Ezekiel Elliot and Tony Pollard. 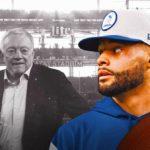 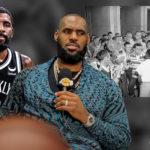 Pollard is coming off of an elite showing last week. On the ground, he recorded 80 rushing yards on 15 carries. But through the air he was dominant, recording six receptions for 109 receiving yards and two touchdowns.

There is big play ability in both of these backfields. There is a good chance that the running backs could steal the show.

Through this point in the season, Daniel Jones has played the best football of his career. He has thrown for 1,937 yards, nine touchdowns, and four interceptions through the air. On the ground, he has added 427 rushing yards and four touchdowns.

Even with the success that he has found this season, Jones is yet to score more than touchdowns in a game. That could change in Week 12.

With injuries on the offense, the Giants will need to open their playbook in a way that they have not yet this season. This could give Jones the opportunity for big plays on the ground and through the air.

In recent weeks, Jones has run the ball often and is always looking for a big play. With the Cowboys defense tasked with slowing down Barkley, he could have his opportunity to score on the ground.

Through the air, Jones has looked to push the ball down the field early and often. He has also made several big throws. On Thursday, he could find himself in the endzone on multiple occasions.