LSU”s Angel Reese has been one of the most dominant players in basketball this season and continued to build her national player of the year case with a 30-point, 19-rebound effort against Arkansas. However, the Tigers’ win over the Razorbacks wasn’t the talking point after the game.

Reese was assessed a technical foul after blocking Samara Spencer and glaring at her for an extra couple seconds. She took to Twitter after the game to express her frustration.

“I’m too hood”. “I’m too ghetto”. I don’t fit the narrative and I’M OK WITH THAT. I’m from Baltimore where you hoop outside & talk trash. If it was a boy y’all wouldn’t be saying nun at all. Let’s normalize women showing passion for the game instead of it being “embarrassing”. 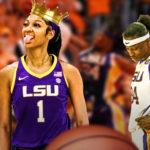 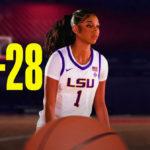 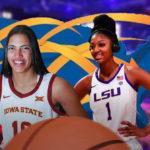 Reese’s statement following the game has many sociological layers to it. First, women in sport have historically been looked down upon when they express their emotions and are held to a higher standard than men do in the same realm. Secondly, black women specifically have been chastised or called out for showing their emotions on the court or field, perpetuating a despicable stereotype. The best of example of this comes from tennis superstar Serena Williams, who dealt with it in a predominantly white sport.

Reese has been everything and more for LSU since transferring from Maryland after last season. She is averaging 24.2 points, 15.6 rebounds, 1.8 steals and 1.5 blocks per game in 2022-23. The sophomore has increased her averages every year since she has been in college (she played two seasons at Maryland) and is making a strong case to be named national player of the year this season.