“A deal was finalized Sunday night after OU athletic director Joe Castiglione flew to the Clemson, South Carolina, area to meet with Venables, who had emerged as the Sooners’ top target. Venables flew back with the Oklahoma contingent Sunday night and will be formally introduced Monday morning.”

Venables is a very different type coach than what Oklahoma fans are used to. He was the defensive coordinator for the Clemson for their recent national championships in 2016 and in 2018. Clemson year in and year out has been statistically one of the best defenses in the country.

Venables takes over at Oklahoma after Lincoln Riley left the school for USC last week.

Venables won the Broyles Award in 2016 as the nation’s best assistant coach. He brings his knowledge and passion for defense to Oklahoma, a school known for scoring but not stopping anyone. It was one of the criticisms of former head football coach Lincoln Riley. He didn’t care about defense.

Well, that is about to change in Norman. The Big 12 typically does not play much defense, so this will be an interesting fit. 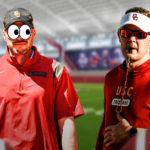 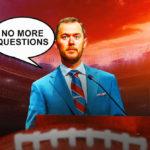 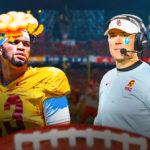 Venables was previously an assistant coach at Oklahoma from 1999 to 2011. He had reportedly turned down offers to be head coach at multiple schools in recent years to stay at Clemson. That includes turning down a job at Auburn.

The school is set to announce Venables publicly Monday morning.