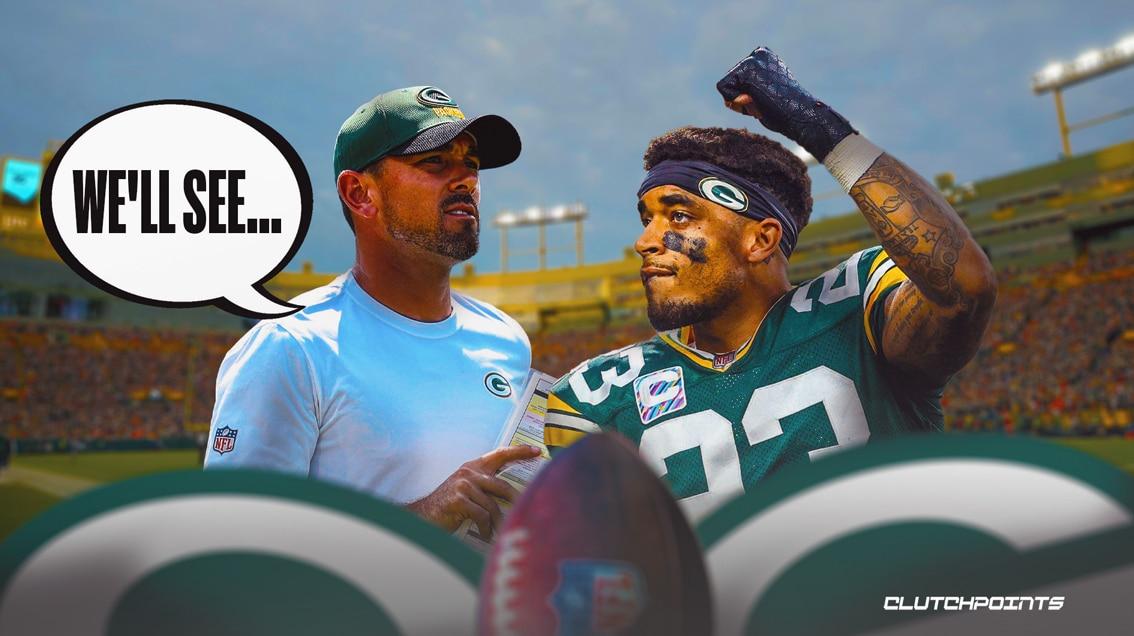 Green Bay Packers star cornerback Jaire Alexander went down in the first quarter in Week 3 after picking up a groin injury. Matt LaFleur provided an update on Alexander ahead of Week 4, describing the 25-year-old as being day-to-day ahead of the matchup with the New England Patriots. The Packers will continue to monitor his status ahead of Sunday’s clash with the Patriots, in hopes that he’ll be able to suit up, via Matt Schneidman.

Jaire Alexander is day-to-day, LaFleur says. He suffered a groin injury on the first drive of Sunday’s game.

While the Packers pulled out a win over the Buccaneers in Week 3, having Alexander back in the fold for the full game on Sunday against the Patriots would be a big boost. Especially considering Mac Jones is doubtful to play after suffering a significant ankle injury against the Steelers last week. If he can’t go, Brian Hoyer would be the Patriots’ starter, which could result in a big game for the Packers’ secondary.

Across a little more than two games this season, Alexander has eight tackles, one tackle for loss, one pass defense, and one interception. He’ll hope to add to those numbers against the (likely) Mac Jones-less Patriots on Sunday, if his groin injury recovers enough in time for kickoff.

Alexander’s status will be something to monitor as the Packers go through practice this week. He was a “jog-thru” participant in Wednesday’s practice session, meaning he suited up but is not expected to participate fully, per Mike Spofford.

Jaire Alexander signed a four-year $84 million extension with the team this offseason, making him one of the NFL’s highest earners on defense.