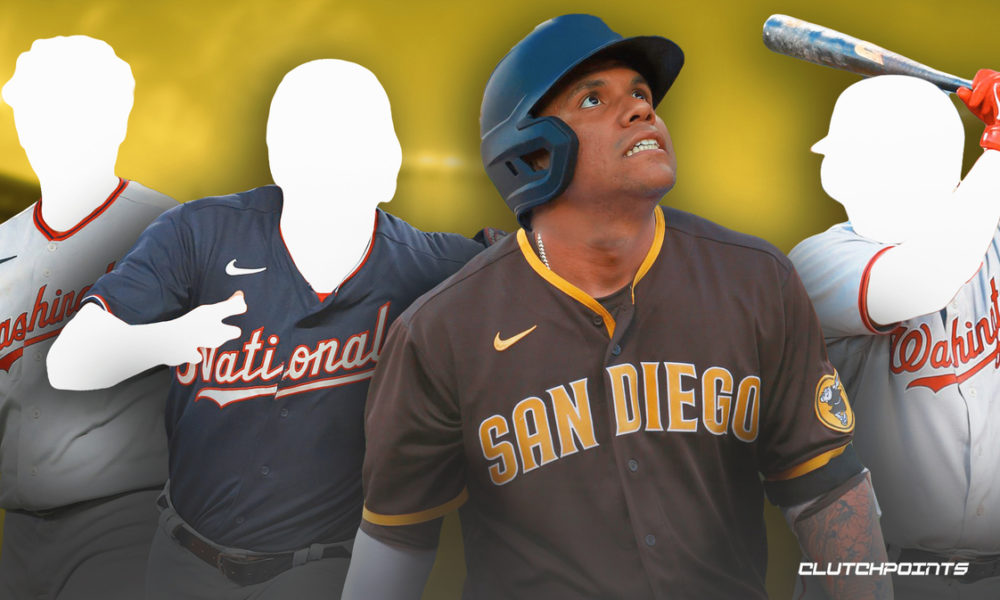 The San Diego Padres were named the “frontrunners” in the Juan Soto sweepstakes on Thursday, and now rumors of their proposed trade offer to the Washington Nationals have been revealed. According to Hector Gomez, the Padres’ offer currently consists of young shortstop CJ Abrams, left-handed starting pitchers MacKenzie Gore and Adrian Morejon, in addition to prospects Robert Hassell III and Joshua Mears.

That would certainly be a monster haul for the Nationals, while the Padres would immediately improve their World Series odds, both for this season and for the long haul.

Abrams was long considered one of baseball’s top prospects. He’s featured in 43 games for the Padres this season, his first year of MLB action, and has slashed .231/.280/.322 with 2 home runs and 11 RBI.

MacKenzie Gore just landed on the 15-day IL, but that wouldn’t prevent the Padres from offloading him ahead of the Aug. 2 trade deadline. Gore has been touted as one of the best pitching prospects in recent memory. Across 16 appearances and 13 starts for the Padres in 2022, Gore has a 4.50 ERA with 72 strikeouts across 70 innings.

Morejon has made six appearances in relief for the Padres this year, registering a 3.00 ERA with 8 strikeouts across 9 innings on the mound.

Hassell is considered the Padres’ top prospect and MLB Pipeline ranks him as the No. 23 overall prospect in baseball. Mears is the 8th best prospect in San Diego’s farm system. As recently as 2020, Gore, Abrams and Hassell made up three of the Padres’ top four prospects, so the Nationals would be adding some serious potential if this offer for Soto ends up going through.

With Juan Soto’s future in Washington looking to have run its course, the Padres will have to hope their offer is sufficient to bring the superstar outfielder to San Diego. They’ll have to fend off competition from other top teams, but it certainly looks as if the Padres are well positioned to make a run at Soto.