While speaking to NBA TV’s Dennis Scott, Hart said that his own comical reaction to All-Star guard James Harden slamming the ball down and bouncing off his face is his top meme choice.

Josh Hart had 24 seconds to answer some questions with @3DTV ahead of tonight’s #CenterCourt matchup! pic.twitter.com/hdTd7ZdE3L

Hart, 24, is in his first season with the Pelicans after being acquired alongside Lonzo Ball and Brandon Ingram in the Anthony Davis trade with the Los Angeles Lakers.

The sharpshooting wing reacted in hilarious fashion last month in a game with the Houston Rockets, where a clearly frustrated Harden threw the rock hard to the ground and quickly had it ricochet back at his chin.

Hart and the Pelicans are facing off with the Portland Trail Blazers on Tuesday night, which will garner nationwide appeal as Carmelo Anthony makes his return in the NBA and debut for Portland. 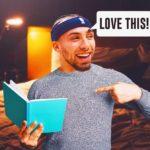 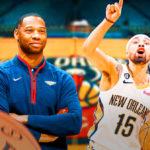