Euroleague star center Ekpe Udoh has agreed to a two-year, $6.5 million deal with the Utah Jazz, according to Shams Charania of The Vertical.

Udoh has flourished during the last two season with Turkish powerhouse Fenerbahce, getting named to the All-EuroLeague Second Team when his team won the championship in 2016, then named EuroLeague Final Four MVP as Fenerbahce won the title again this past season.

A 6-foot-10, 245-pound hybrid, Udoh played two seasons with the Golden State Warriors to start his career, failing to get much playing time due to his unrefined offensive game. He later played three seasons with the Milwaukee Bucks and his last season with the L.A. Clippers — finishing with career averages of 4.0 points, 3.2 rebounds and 1.2 blocks per game. 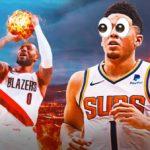 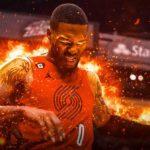 This is the Jazz’s third straight signing in the last 24 hours, adding forwards Thabo Sefolosha and Jonas Jerebko to short-term deals in hopes to bolster their three-and-D post-Gordon-Hayward landscape.