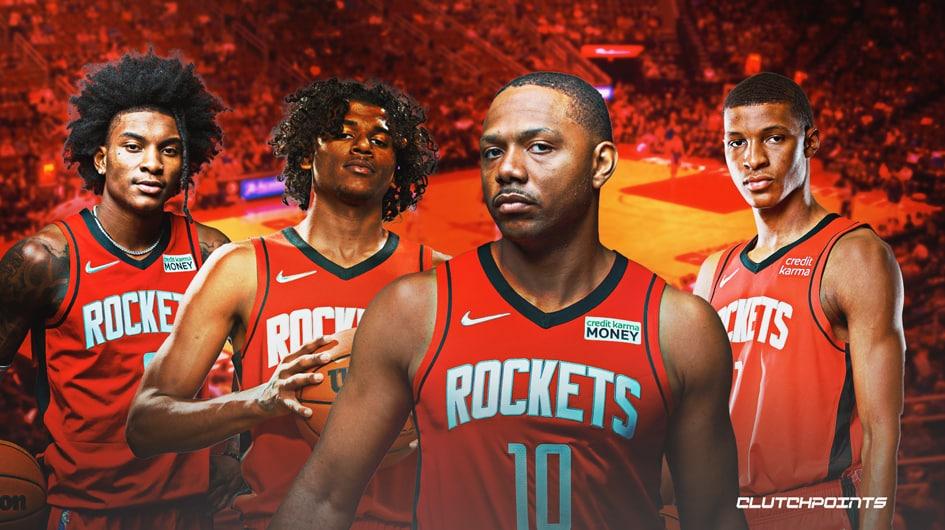 The Houston Rockets finished in the last position of the Western Conference with a 20-62 record. It was not long ago that the team was one win away of the NBA Finals after competing against the Golden State Warriors dynasty in 2018.

However, there is still one piece reminiscent from those competitive years on the roster, and he has been in trade rumors for years now.

Keeping this player for too long could be the Rockets’ biggest mistake in this offseason.

Not trading Eric Gordon yet

When Eric Gordon signed with Houston in 2016, he had an immediate impact on the franchise. He was named the Sixth Man of the Year in his first season and become a cornerstone for a team that would later add Chris Paul.

In six seasons with the team, Gordon averaged 16.1 points, 2.3 assists and 2.3 rebounds, plus shooting 36.1% from beyond the arc.  Although once important for the team’s rotation, his role has diminished more and more for the past two years, mostly due to injuries and the change of directions in the franchise.

Since the 2019-20 season, Gordon has only played 120 games, which included a period last season when Houston decided to sit the veterans out to give more time to the young players.

The franchise made it clear that it is time for the youngsters such as Jalen Green, Josh Christopher, Kevin Porter, and this year’s No. 3 pick Jabari Smith Jr. And all of that has left Gordon in a difficult situation. The league still believes he can contribute at a high level, but he is stuck in the rebuilding Rockets.

The former Indiana Hoosier has been involved in trade rumors with the Los Angeles Lakers, Phoenix Suns and Philadelphia 76ers to name a few. Although all those teams could use his shooting abilities and veteran experience, the Rockets have been rumored to ask for first-round picks in the teens instead of late first-rounders, which could be an obstacle when the teams proposing trades are the ones who are aiming for a championship.

Another problem is that the Rockets apparently do not want major salaries in return. However, Gordon is set to make close to $19.5 million this upcoming season, which means a trade involving him would require at least some salary coming to Houston’s books.

Something similar to the Malcolm Brogdon to the Boston Celtics trade would be perfect for the Rockets. The Indiana Pacers mainly acquired a first-round pick, Aaron Nesmith and Daniel Theis, plus some salary fillers that were waived shortly. For an older player in Gordon, getting a young player like Nesmith, who is in his rookie-scale contract, in addition to a first-round selection seems to fill out two boxes on the Rockets’ checklist.

Keeping Gordon around for too long could be making it difficult to make a solid trade. Teams such as the Celtics and 76ers have already made their key moves, and others such as the Lakers and Miami Heat are involved in rumors for other stars, so what is really left for Gordon?

The Rockets should have traded their veteran in the middle of last season, or at least during draft night. With his non-guaranteed 2023-24 contract, Houston should be more aggressive in the trade proposals and get the assets that will help in building a brighter future in a post-Harden era.