Did John Wall hint at Russell Westbrook trade with Rockets 5 hours before it dropped?

On Thursday, the Washington Wizards finally put an end to the John Wall era in D.C., with the squad sending their now-former cornerstone superstar to the Houston Rockets in exchange for Russell Westbrook. As it turns out, Wall may have dropped a massive clue pertaining to the impending trade a few hours before it was announced.

Roughly five hours before the deal was made public, Wall posted this image via his IG Stories: 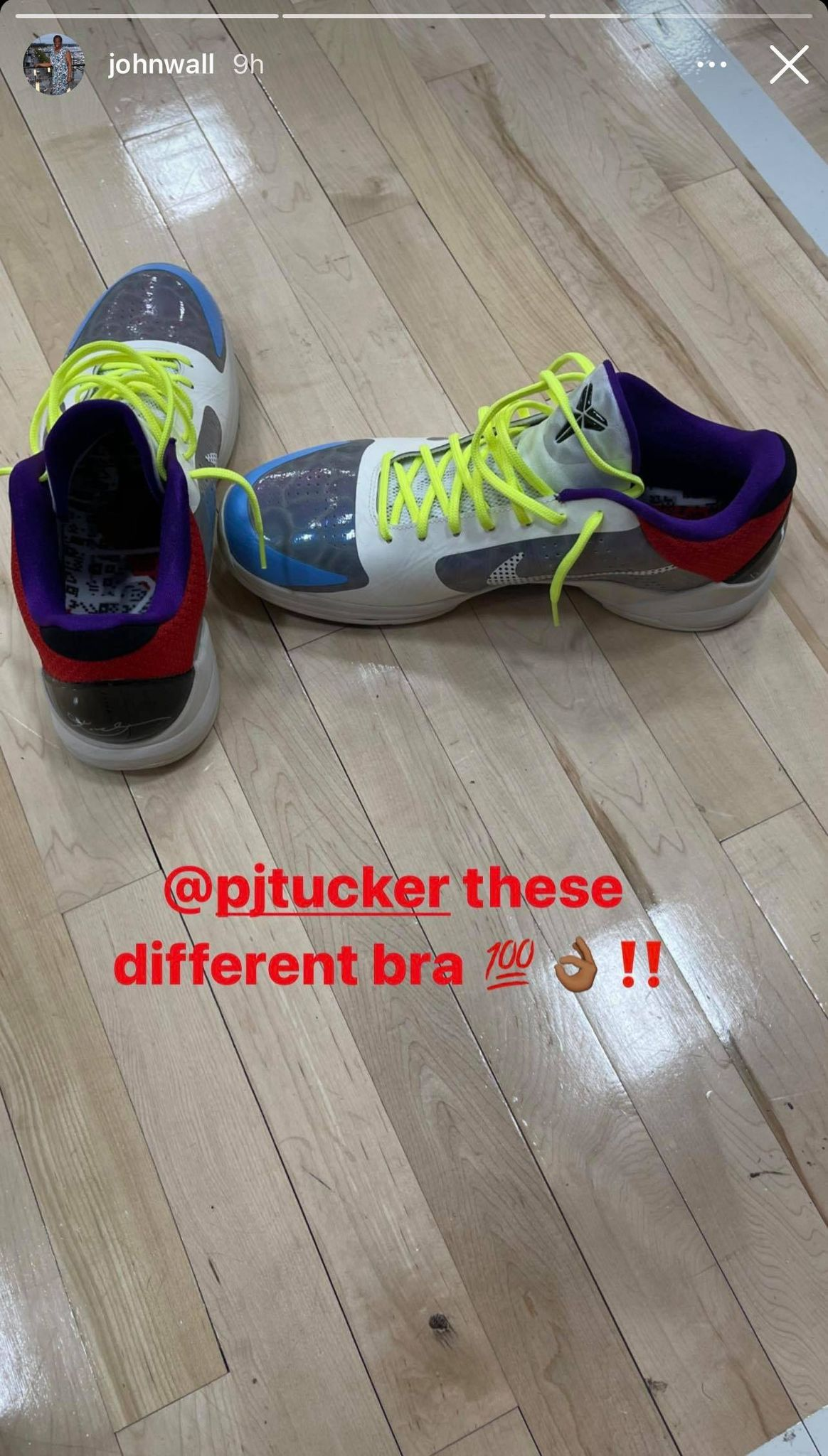 In the photo is a rare pair of Nike Kobe sneakers, which presumably, were sent over by PJ Tucker to Wall. Tucker, who himself is considered as the godfather of kicks in the entire league, is a currently a member of the Rockets, so it could be imagined that this pair was some sort of welcome gift for Wall.

This might be reading too much into the post, but the fact that Wall decided to type his caption in red — Houston’s predominant color — also adds further intrigue into this supposed hint.

Do note that these are all presumptions, and that there is no way to substantiate any of these theories. That is unless you ask Wall himself. Whatever the case may be, though, it’s still an undeniably fun experience to go through these mini-conspiracy theories surrounding what has emerged as one of the biggest blockbuster deals of the offseason thus far.

John Wall is now heading to Houston, and for the Rockets, this development presents itself as an opportunity to pair two of the most talented guards in league history in Wall and of course, James Harden.

The 5 worst players to make an NBA All-Star game, ranked