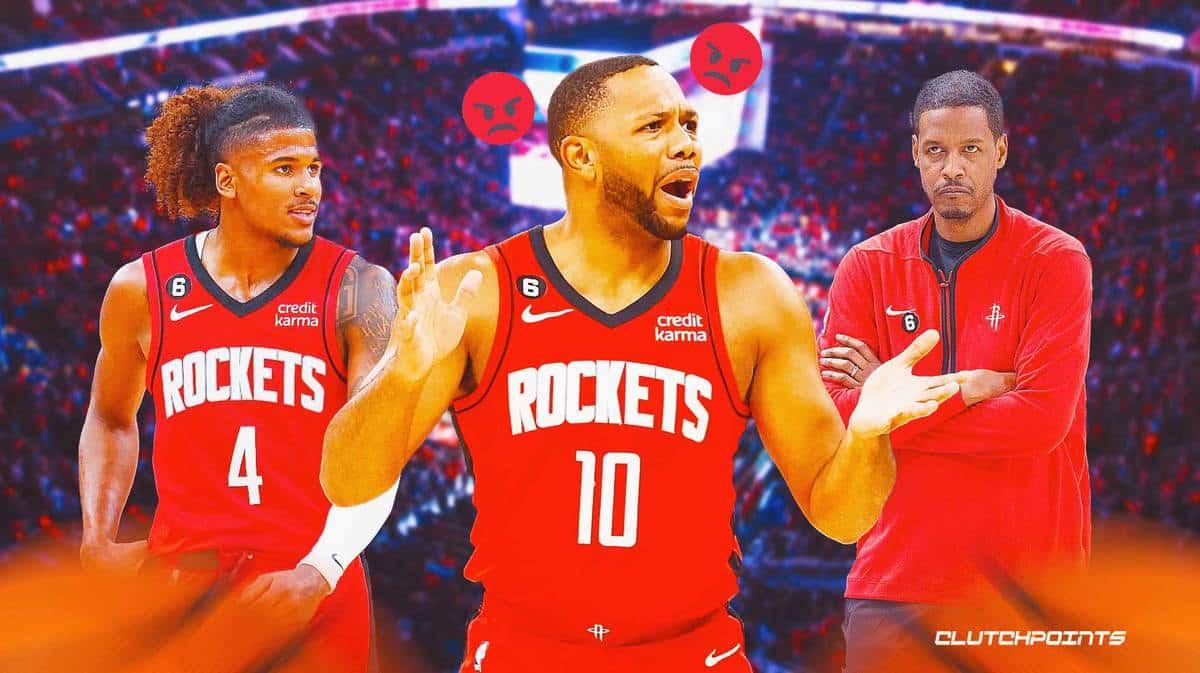 The Houston Rockets, through the first few weeks of the regular season, are on pace yet again to be one of the worst teams in the league. Through 14 games, they have only won two games, and they lost for the 12th time this season after succumbing 122-106 to the Los Angeles Clippers.

With the Rockets embracing a full-blown rebuild since trading James Harden in 2021, no one expected the Rockets to be serious playoff contenders anytime soon. However, all of the losing they’ve been experiencing appears to be taking its toll on their veterans, particularly on Eric Gordon.

After their most recent loss, Gordon took to Twitter to express his frustrations in a short, one-emoji response, which could perhaps be a hint towards his growing uneasiness with his present situation in Houston.

It’s not difficult to see why Eric Gordon has grown increasingly annoyed with all the losing. Gordon signed with the Rockets back in 2016, and from 2017 to 2020, they were a serious contender for the NBA championship. Houston had plenty of golden opportunities in that time span, especially in 2018 when they led the Western Conference Finals against the Golden State Warriors, 3-2, but they never got over the hump.

Gordon has seen plenty of talented teammates come and go during his Rockets stint, a list of names that includes James Harden, Chris Paul and Russell Westbrook. At the moment, he might be wishing for the Rockets to ship him to a contending team where he can maximize the remaining productive years of his career, what with him already being 32 years of age.

On the season, Gordon has averaged 12.2 points and 3.1 assists on 44.6 percent shooting from the field and 36.1 from beyond the arc. Gordon could still provide a contending team with reliable shot creation and floor spacing, and his playoff experience should only be of help to a team that obtains his services.

Nonetheless Gordon will have to endure his frustrations for the time being, as he patiently awaits the Rockets to trade away the last remnant of their title-contending past.