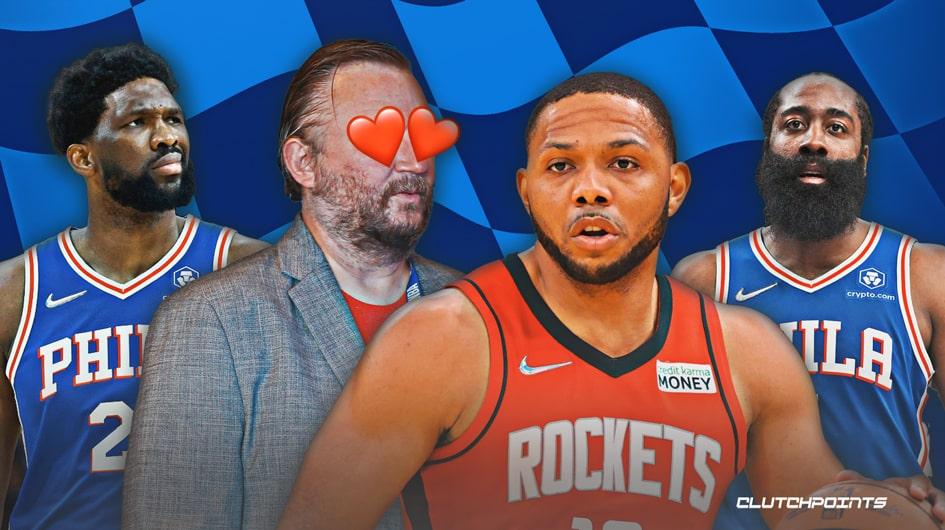 The Philadelphia 76ers have added a couple of solid additions in free agency so far, including Danuel House Jr and P.J. Tucker, two former Houston Rockets. That makes sense since Daryl Morey used to be in their front office, and the Sixers president is also trying to bring another ex-player to Philly: Eric Gordon.

The team tried to pull off a trade for the veteran sharpshooter on draft night but failed. It now appears they’ve yet to give up their pursuit of Gordon, even discussing a possible deal for him at the beginning of free agency as well.

Eric Gordon, the subject of repeated interest around the league, was close to being traded on draft night, with the Sixers presumed to be the landing spot before talks ultimately fell apart, The Athletic was told. But in addition to the 76ers, the Rockets received offers from no less than six teams before the draft, including the Miami Heat, Milwaukee Bucks and Phoenix Suns, who offered packages including first-round picks. Houston turned all of those down.

Sources told The Athletic Philadelphia re-engaged with Houston at the beginning of free agency regarding the former Sixth Man of the Year.

Iko does note that Houston isn’t pressed to trade Gordon though and would be more than happy to keep him, even if it’s until next season’s deadline. There is always the chance the Sixers circle back and make another offer to the Rockets, but nothing is set in stone.

Gordon would be a nice piece for Philly, though. He averaged 13.4 points, 2.7 assists, and two rebounds last season on 41% shooting from downtown. After getting rid of Danny Green, the 76ers could definitely use another guy who can benefit from James Harden and Tyrese Maxey’s playmaking by getting hot from deep. Plus, his chemistry with Harden and Tucker, from their days in Houston together, would certainly make his fit with the Sixers even better.