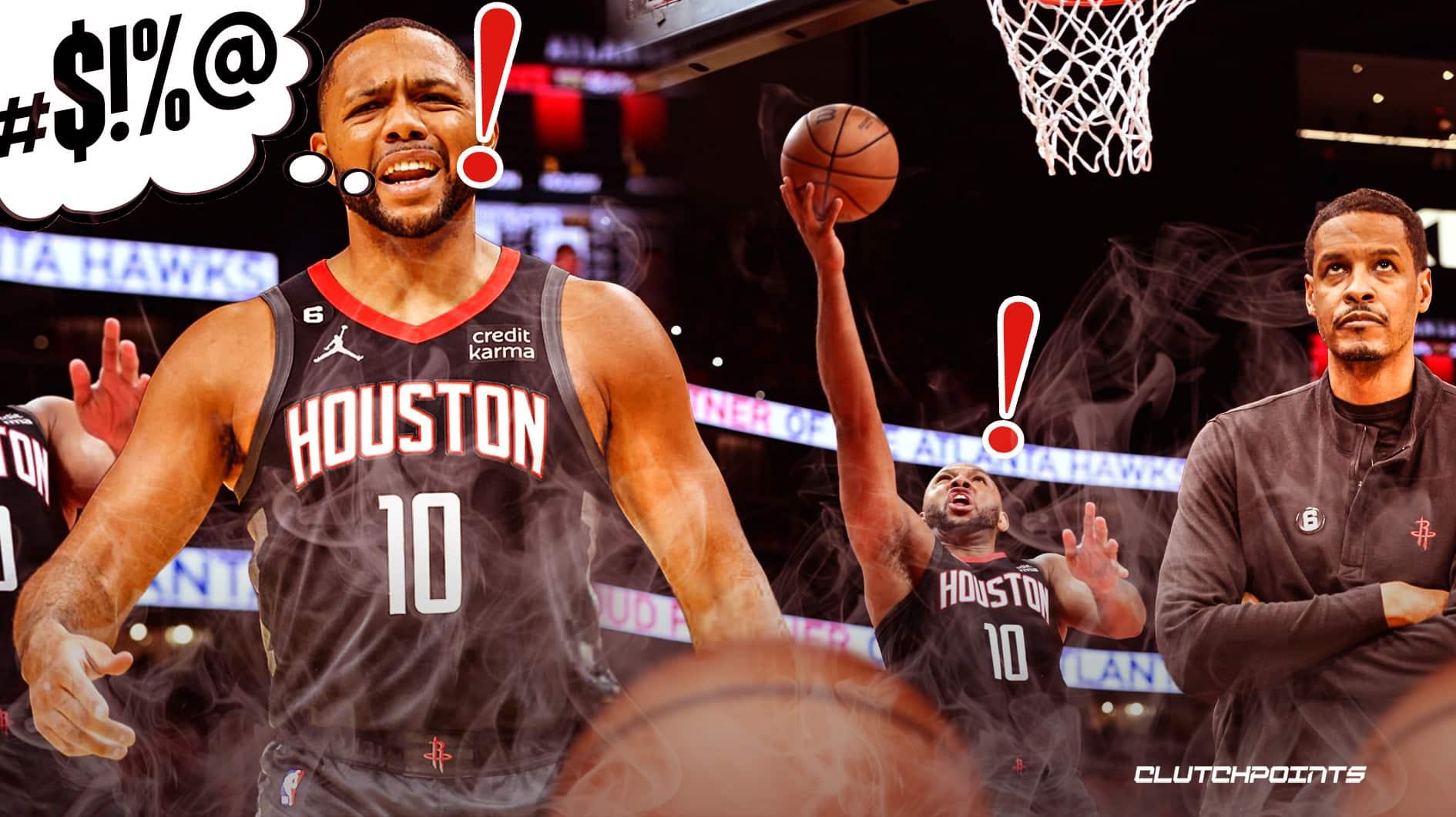 The Houston Rockets are in the early stages of the long rebuild they embarked on the moment they shipped off longtime star James Harden to Brooklyn in January 2021. While there is an acknowledgement within the fanbase that the team is more likely to compete for lottery balls than a playoff spot, some fans are extremely vocal about totally handing the keys to the franchise to young guns Jalen Green, Kevin Porter Jr., and Alperen Sengun, among others, instead of handing out minutes to a remnant of the Rockets’ past – Eric Gordon.

However, it appears as if head coach Stephen Silas still has a ton of faith in the veteran shooting guard. In fact, during the Rockets’ 93-95 loss to the Los Angeles Clippers, Silas opted to put the ball in Gordon’s hands during their final possession in hopes of at least sending the game to overtime.

Silas had the Rockets clear out the right side of the court as Eric Gordon took on versatile defender Nicolas Batum. Gordon did well to get into the paint using his left-hand to dribble, but his game-tying layup ended up short as he tried to get it over the Frenchman’s outstretched arm. And some fans didn’t like Silas’ decision, preferring the ball to go into the hands of Porter or Green (who was 4/17).

But Gordon made sure to get the final say on the matter.

Tweeting from his official account, @TheofficialEG10, the 33-year old shooting guard wrote an NSFW response to a fan who found Silas’ decision to entrust the game in Gordon’s hands hilarious.

Eric Gordon is well within his right to express his frustrations after the game, especially after Paul George drained a go-ahead stepback jumper over him. He has also been clutch in the past, having hit many clutch baskets for the Rockets back in his heyday with the team.

Still, Gordon might be a bit miscast having to play his current role in the Rockets, especially with the clock ticking on his remaining productive years as a professional basketball player. Contenders could definitely use a player of his caliber. Nevertheless, while his name has been involved in trade rumors, the Rockets have yet to find takers for his hefty contract that’s worth around $20 million annually..

Rockets fans should be more grateful for Eric Gordon. His presence provides the team a failsafe option should their young guns struggle, which they did against the Clippers. Only time will tell, however, just until when he stays in Houston.