While most fans expected the Milwaukee Bucks, Boston Celtics, or Toronto Raptors to come out on top of the East last season, it was the Miami Heat who managed to achieve this feat. Their run to the Finals was the result of Jimmy Butler’s incredible leadership, Bam Adebayo’s hustle on both ends of the court, and Erik Spoelstra’s ingenuity as their coach, among others. Of course, one of the names who stood out of Miami’s surprising run is Tyler Herro.

Now in his second year, Herro had the chance to make a leap and solidify his place in the league. The same was also expected for his stock in the card market. We take a look below at Herro’s rookie card value in the 36 games he has played this season.

A Look At Herro’s Performance This Season

In the 47 games Miami has played this season, Herro was absent in 11 of them due to Covid-19 protocols and injuries. Nevertheless, the second-year guard posted respectable averages of 15.5 points, 5.3 rebounds, and 3.6 assists in 31.9 minutes per game. While those numbers seem good, it doesn’t reflect how he has been playing all season long.

For starters, his success rate from beyond the arc has gone down from 39% to 33%. His turnovers have also increased from 1.6 to 2.2 per game. Plus, Herro’s -1.3 defensive box rating has often made him an easy target by the offense of opposing squads. When combined together, these factors have caused Herro to regress and be moved back to Miami’s bench.

This is pretty disappointing because Herro showed a stellar performance during the postseason last year. Instead of building upon the momentum he gained, the sophomore guard seemed to sink in most games this year. This is quite evident in Miami’s early games without Jimmy Butler and Goran Dragic in the lineup. Nonetheless, it remains to be seen whether Herro can recapture lightning in a bottle once again for the Heat towards the end of the regular season, and potentially, into the playoffs.

The State of Tyler Herro Cards in the Market

Herro entered the 2020-21 season as one of the hottest names in the card market. At the start of the year, his PSA 10 Prizm rookie card was sold for an average of $325 on eBay. 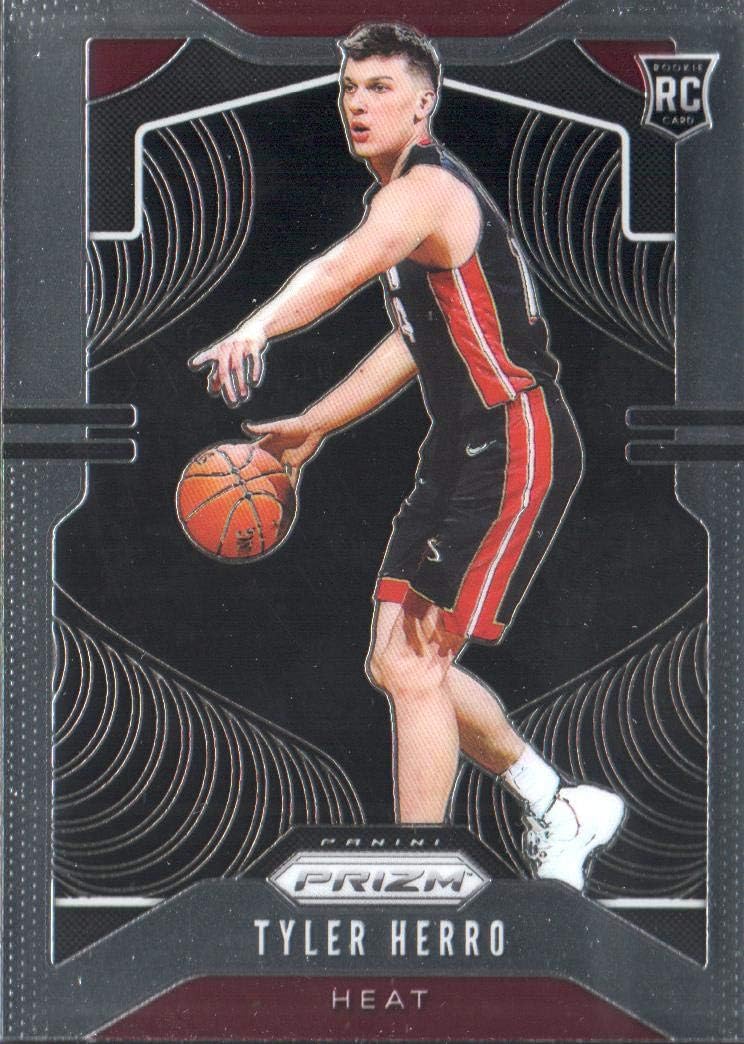 As January ended and the Heat skidded down the standings, that price dropped to $170 and bottomed out at $134 in mid-February. As March comes to an end, Herro’s PSA 10 Prizm card value is priced at $156.5 As seen from these numbers, the young star’s stock has dropped significantly from where it was three months ago. Those who have invested in Herro are now seeing the guard’s on-court performance affect his value in the card market.

With the way Herro is playing, it’s pretty hard to be confident about investing in his cards. The addition of Victor Oladipo, a more experienced playmaker and much better defender, into Miami’s lineup doesn’t bode well for the sophomore’s card value. For sure, Herro’s usage rate and prices will go down once Oladipo starts playing.

It remains to be seen how Herro will perform with Miami’s updated roster, especially if they make the playoffs. Until then, it’s wise to keep a close eye on him, both on the court and in the marketplace, to get a good idea on whether to buy low or sell his cards right away.