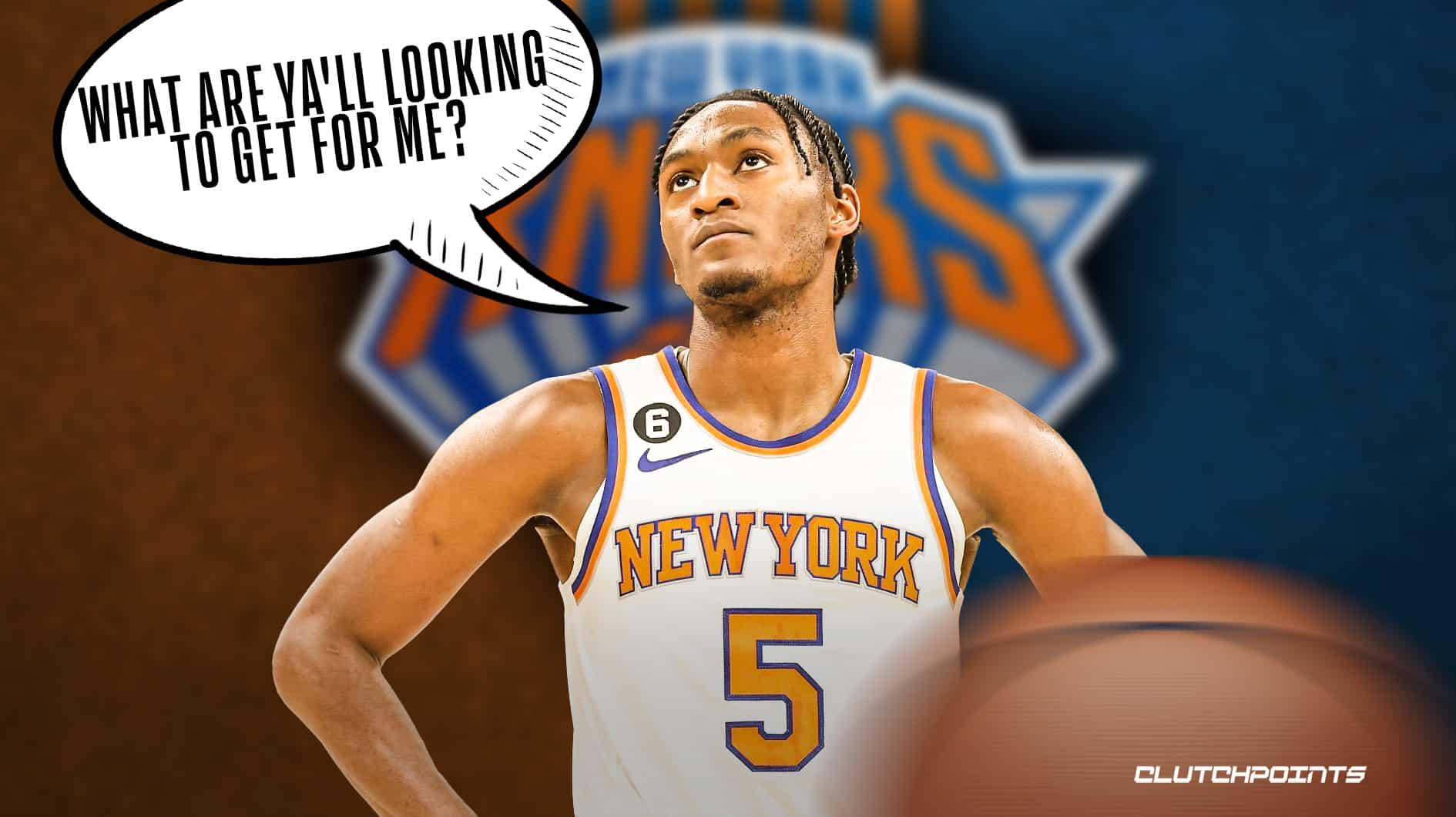 This season has gone quite unexpectedly for New York Knicks point guard Immanuel Quickley. Despite coming into the league two years ago as an effective microwave scorer, his scoring efficiency from the field and beyond the arc has dipped to new career lows this season (37.9% overall, 30.9% from three).

Conversely, he has made huge strides on the defensive end and has quietly become one of the team’s better irritants, thanks to his active hands.

Still, Quickley’s defensive improvements haven’t prevented the Knicks from mentioning his name in trade talks. Per a report from Knicks beat writer Fred Katz of The Athletic, New York is looking for some draft capital in return for their young floor general:

“According to sources around the league, the Knicks have targeted a future first-round pick in a return for Quickley, who is extension-eligible this upcoming summer.”

Immanuel Quickley, 23, is in his third year in the NBA after starring at the University of Kentucky. He holds career averages of 11.1 points, 2.9 assists, and 2.9 rebounds across 160 games in the pros. His best season scoring-wise came when he was a neophyte and put up a career-high 11.4 points per game on 38.9% shooting from deep.

First-round picks are uber-valuable in today’s NBA, especially in the case of the upcoming 2023 draft, which is projected to be loaded, so who knows if other teams will even offer up a first to the Knicks in exchange for Quickley.

Nonetheless, expect the Knicks to be active in the trade market at some point before February’s trade deadline.