RUMOR: The Chicago Bulls could trade Jimmy Butler to the Los Angeles Lakers

The Chicago Bulls officially traded Derrick Rose to the New York Knicks on Wednesday in a shocking move that surprised many fans. Derrick Rose was a Chicago native and the regular season MVP in 2011 but was never able to return to full form in seasons since. The Bulls are looking to make some major changes this summer and with the Los Angeles Lakers receiving the #2 pick in the NBA Draft, rumors are now swirling that their could be a major trade between the two teams. Numerous outlets including Forbes are suggesting that the Lakers could trade their #2 pick, which is very much likely going to be Brandon Ingram, for Jimmy Butler. The move would shake up the lineups of both teams but with the amount of trades so far already, anything is possible this summer. 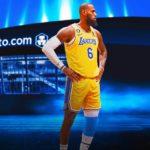 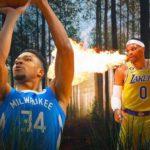 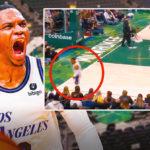