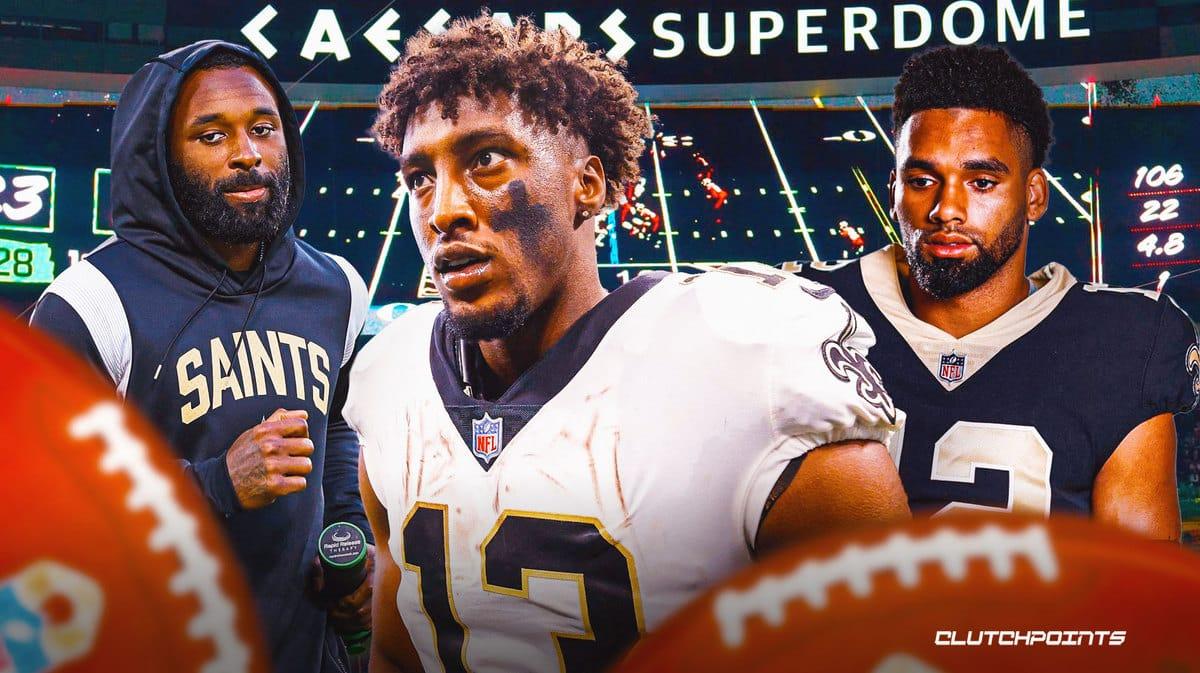 The New Orleans Saints pass-catching group may be somewhat understaffed when they take on the Cincinnati Bengals on Sunday.

All three of the Saints starting wide receivers have found themselves on the injury report. Jarvis Landry, Michael Thomas, and rookie wide receiver Chris Olave are all dealing with different injuries that could keep them out on Sunday.

Landry is currently dealing with an ankle injury that has kept him out of practice all week. His injury kept him out of the Saints Week 5 matchup against the Seahawks, a game where they could have used him.

When on the field, Landry has been reliable for the Saints. The veteran wide receiver has recorded 15 receptions for 168 yards while being in a wide receiver room full of talent.

Michael Thomas has been a star for the Saints when he is healthy. The all-pro receiver has appeared in 73 games for this franchise. When on the field, he has recorded 526 receptions for 6,121 receiving yards and 35 touchdowns.

The problem regarding Thomas is his inability to stay healthy. Over the past two seasons, he has been on the field sparingly. This team was without him for the entirety of the 2021 season.

Now in a new season, the Saints may be headed towards another year full of inconsistency from Thomas. He started the season off strong, recording 16 receptions for 171 receiving yards and three touchdowns. But he hasn’t played in either of the last two games. And that may be the case once again in Week 6.

Thomas is currently dealing with a toe injury that has kept him off the field. He hasn’t practiced in over two weeks, and his not being on the field yet this week is a bad sign regarding his availability for Sunday.

Rookie pass-catcher Chris Olave has looked like a star for the Saints. The former Ohio State product has looked solid over his first five games, recording 25 receptions for 389 receiving yards and two touchdowns.

Unfortunately for Olave, he suffered a hard hit on Sunday and landed on the injury report with a concussion. He was limited in Thursday’s practice, which could lead to him being ready to go for Week 6. If this offense hopes to keep up with the Bengals, his availability would be huge.

In the limited time that the trio of Landry, Thomas, and Olave have been on the field together, they have looked solid. Both quarterback Jameis Winston when healthy, and Andy Dalton when he has stepped in have targeted these three pass catchers often. These three starters have recorded a combined 57 receptions for 728 receiving yards and five touchdowns.

Winston himself may be out once again in Week 6. He is currently dealing with multiple injuries and was limited during Thursday’s practice. If he is unable to go, Dalton will once again earn the starting nod. And the offense could end up leaning heavily on Taysom Hill.

The entirety of the Saints offense relies heavily on these three players. If they aren’t healthy, the rest of the unit will feel the effects.

Running back Alvin Kamara has struggled to be productive on this Saints offense. The veteran ball carrier has accounted for just 203 rushing yards on 47 carries. In the passing game, he has recorded 11 receptions for 110 receiving yards.

If none of the Saints starting wide receivers are healthy, it is all but guaranteed that all eyes on the Bengals defense will be locked in on Kamara. This offense could be in for a long day if he is the only healthy contributor.