Seattle Seahawks quarterback Russell Wilson is being recruited by multiple NFL stars amid recent trade rumors. Chicago Bears running back Tarik Cohen tweeted at Wilson after it was reported the Bears were among the four teams Wilson would accept as a trade destination. Now, New Orleans Saints wide receiver Michael Thomas is chiming in.

New Orleans is also on Russ’ list of preferred destinations, and Thomas responded by posting a picture of the two to his Instagram story:

From Saints WR Michael Thomas’ Instagram. Safe to believe he’d be in favor of a trade for Russell Wilson… pic.twitter.com/qEQnWsHFoo

It would seem Thomas is quite open to Wilson as Drew Brees’ successor.

Indeed, Brees might be calling it quits. The longtime Saints signal-caller had said he would take his time to decide on his future, and general manager Mickey Loomis said the organization would wait on Brees’ decision. But it was reported earlier this month Brees agreed to reduce his 2021 salary from $25 million to the veteran’s minimum, which might be an indication he intends to call it quits.

In that case, Wilson would make for an ideal replacement. The Saints have Taysom Hill under contract on their roster, but it is unknown whether they feel he can be the starting quarterback. Jameis Winston is a free agent, and while New Orleans has shown interest there, Wilson very well could be the top priority. 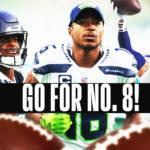 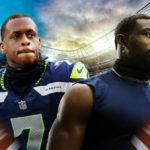 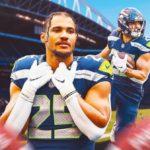 There would be an obvious question about money, given the Saints have the least amount of projected cap space in the league. But the idea of Wilson throwing to Thomas and Kamara is one likely to have Saints fans salivating.

Thomas himself seems to be fawning over the idea.