Duncan shared a quote from Saints coach Dennis Allen in reference to Mathieu:

“We’re kind of allowing him the space to handle what he needs to handle, and we’ll be sitting here with open arms when he’s ready to come back.”

Tyrann Mathieu is considered one of the best defensive backs in the league. His natural instincts combined with elite athleticism make him a force in the secondary.

The three-time Pro Bowler and and three-time First-Team AP All-Pro will be a vital part of the Saints this season. New Orleans could make a run in 2022 and their defense will be important without question.

The Saints are surely thrilled to have Tyrann Mathieu back with the team. 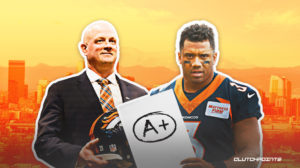