It’s been ten years since Pete Carroll navigated the NFL without Russell Wilson. They spent the last decade dominating the league as a commanding duo with the Seattle Seahawks. Now, Wilson is with the Denver Broncos, forcing Carroll to start all over.

He explained the journey he’s gone through this offseason to find the new franchise quarterback. According to ESPN’s Brady Henderson, Carroll doesn’t believe there’s any lack of talent in the Seahawks’ quarterback department.

“They’ve been really impressive,” Carroll said, all quotes per ESPN. “And it’s not been any one sequence here or one day here. They have just been solid throughout. We’ve shared a ton of reps. Geno has gone with the first group throughout, but they’ve had very close to equal reps in situational opportunities throughout. … They’ve done a terrific job so far. They look in control.”

As of mid-June, Geno Smith is slated as the Seahawks’ starter for the upcoming season, with Drew Lock in the second-string position. However, according to Carroll, there isn’t a huge gap between the two quarterbacks.

“Geno’s still ahead — you can tell that — but it’s not going to be too much for Drew to be caught up. By the time we get through camp, he’ll be there. He’s really bright. It makes sense to him. He’s really sharp in the huddle and at the line of scrimmage and all of that, so it’s just time that he needs.” 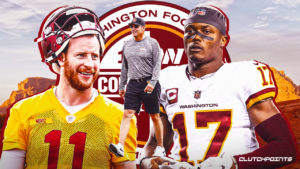