Jimbo Fisher and Texas A&M have suffered another major loss. Anthony Hill Jr., the number one ranked linebacker in the 2023 class, has decommited from the school.

“BREAKING: Five-Star LB Anthony Hill Jr. has Decommitted from Texas A&M. The No. 1 LB in the ‘23 Class had been committed to the Aggies since July. Hill tells me he plans on taking his recruitment down to signing day.”

Following the decision, Hill spoke with On3. He stated, “First, I would like to thank Texas A&m, Coach Santucci, and staff for recruiting and developing a personal relationship with me and my family. Thank you to the Texas A&M fans who have been a great support throughout my recruitment. After further difficult discussions with my family, I will be decommitting from Texas A&M and opening up my recruitment”

The loss of Hill could be one of many on the horizon for this team.

The 2022 season has not gone as anticipated for Jimbo Fisher and team. They currently sit at 3-6 and are in sixth place in the SEC West. After their 41-24 defeat against Florida on Saturday, they have now lost five straight games. Their losing streak could very well continue with games remaining against LSU, UMass, and LSU. 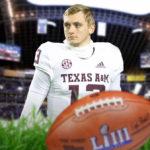 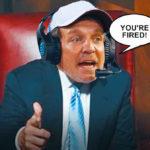 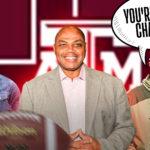 With this team playing below expectations, and with their recent performances on the field, several other players that have committed could look to reopen their recruitment.

Following the loss of Hill, Jimbo Fisher and Texas A&M now have the 23rd-ranked 2023 recruiting class according to 247Sports.