The biggest early problem Bulls must fix in 2022-23 season 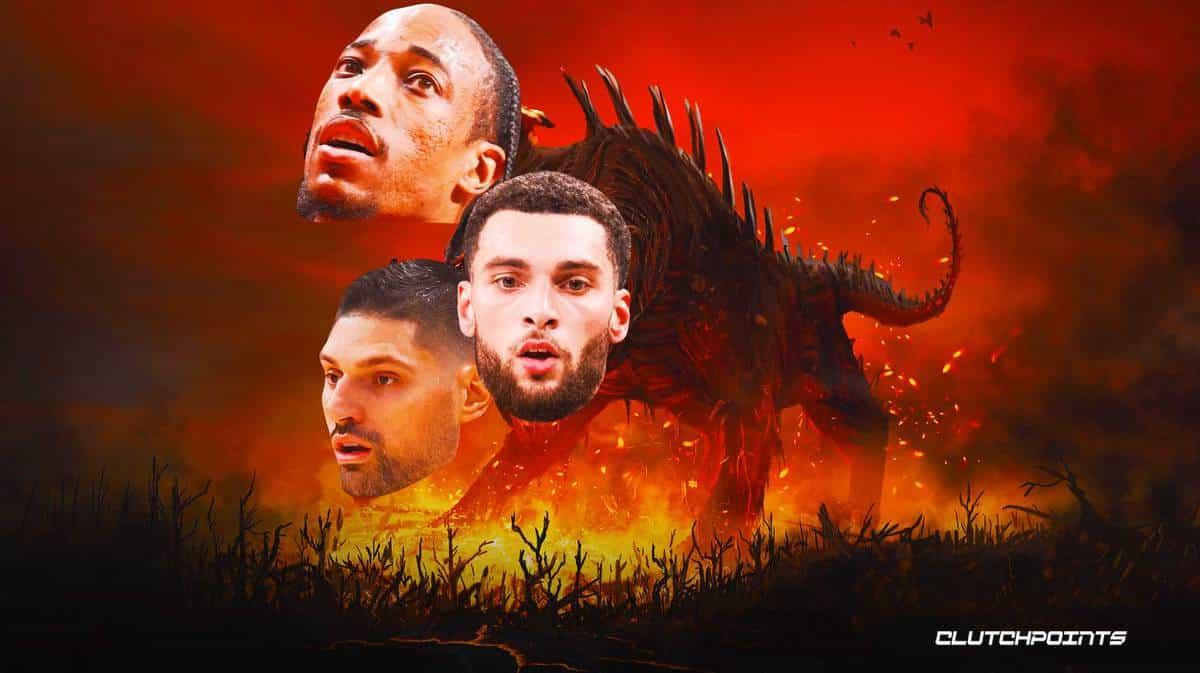 The Chicago Bulls have been one of the most confusing teams early in the season. They have not been as impressive as their early season success last year, but they are still currently sixth in the Eastern Conference with a 6-7 record. Lonzo Ball has still been missing from the lineup because of a lingering injury, so the team cannot wait to welcome their stabilizer back into the rotation soon.

DeMar DeRozan and Nikola Vucevic have been producing their usual All-Star numbers as DeRozan has been averaging 24-4-4 and Vucevic has been tallying 16.5 PPG and 11.9 RPG this year. Ayo Dosunmu has been slotted at the starting point guard position and is filling in tremendously while they are missing the services of Ball.

Bulls’ Big 3 has been bad together

Even with their relatively decent record, it has been ironic that the trio of DeMar DeRozan, Zach LaVine, and Nikola Vucevic have been struggling while they are on the floor together. LaVine has missed numerous games already because of knee management, but this trio has played a total of 182 minutes with an abysmal -36 +/- in all those minutes.

Usually, the numbers plummet when the second unit enters when the head coach starts staggering the minutes of his stars. That is not the case here, so head coach Billy Donovan must analyze and figure out why this trio has not been thriving in his system. One reason that he can consider is starting Javonte Green instead of Patrick Williams at the 4.

With Williams as the floor spacer with the Bulls Big 3, it becomes a hindrance to their ceiling because Williams has been underperforming this season. He has been converting 44.6% from the field with a 35.1% clip from long distance with an average of 8.8 PPG. Williams has been compared to someone like Kawhi Leonard as a high lottery pick, but he has been struggling to even close to that kind of expectation from the team.

The Patrick Williams dilemma is likely just a small part of the struggles of Chicago’s trio, but the glaring concern is the random rest days of Zach LaVine due to knee management. The training staff has made it a point for him to be available in the high-stakes contests, but there could be a lingering issue with the surgically-repaired knee during the latter part of the season.

For LaVine, he relies a ton on his athleticism and versatility on both ends, so he will need to have his body fully healthy for the stretch run after the All-Star break. Even with the caution being given by the training staff, the coaches must also give their opinion that Zach LaVine must be in uniform for every match at some juncture of the season.

The chemistry must continue developing as the season progresses, and one way for that to occur is for everyone to be available in almost every game. The staggering mix of minutes by Donavan with the starters and reserves can be an approach he must ponder to increase their standing in the deep Eastern Conference.

Numerous East powerhouses like the Philadelphia 76ers, Miami Heat, and Brooklyn Nets have all been struggling, so this is the time for Chicago to exceed expectations. These first 13 games of the Bulls have been some of the most confusing ones as they are barely top 20 in offense and fifth in defense in the league. Even with the ironic numbers of this franchise, their problems can be rectified by coach Billy Donovan in the next few weeks.