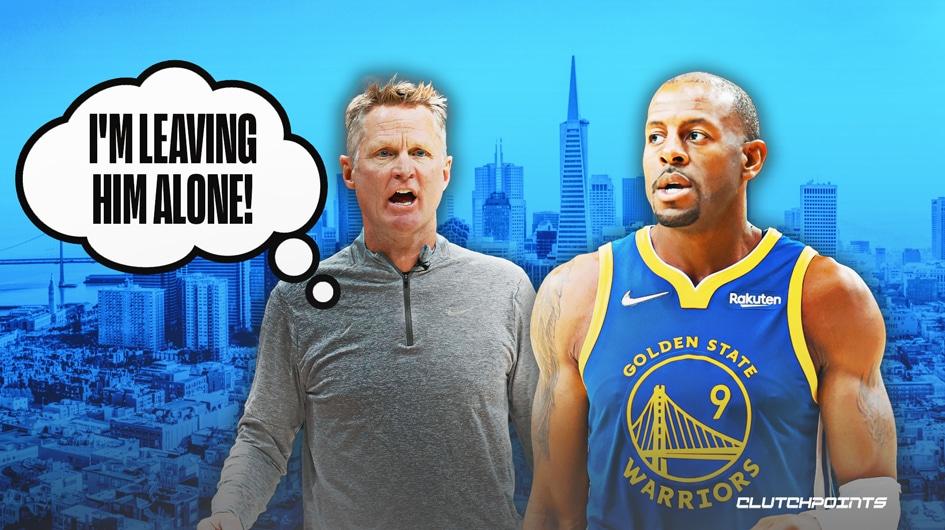 The Golden State Warriors have guaranteed money committed to 13 players for 2022-23 after officially signing veteran free agent JaMychal Green and second-round pick Ryan Rollins. They’ll enter training camp in late September with one open roster spot, either signing the winner of an open camp competition on the cheap or keeping it vacant all season for luxury-tax savings

But that leaves another slot still available, one Golden State will leave available for Andre Iguodala as the 38-year-old mulls whether to continue his playing career for one more season. Don’t count on the Warriors to try and convince him either way, though.

Addressing Iguodala’s uncertain future in a sprawling interview with Anthony Slater of The Athletic, Steve Kerr reiterated that Golden State won’t be cajoling the 2015 Finals MVP into a return.

“I leave Andre alone,” Kerr said. “He knows where we stand. If he wants to come back, we’d love to have him. The one thing we feel strongly about with Andre is we want to give him whatever space and time he needs to make a decision. I’m leaving him alone. Whenever he makes his decision is fine with us.”

Iguodala is more locker-room leader and all-encompassing culture-setter than impact player at this advanced stage of his career. He provided solid minutes off the bench when healthy last season, but persistent knee issues have further chipped away at Iguodala’s athleticism, decreasing his defensive value and making it easier for opponents to exploit his obvious weaknesses on the other end.

Still, Iguodala’s impact on Golden State’s fourth championship in eight seasons has been lauded by both Kerr and Joe Lacob this summer. There’s no doubt the Warriors want him to return, aiding the development of young players like Moses Moody and Jonathan Kuminga while maintaining the chemistry and continuity that’s helped sustain Golden State’s dynasty.

Just don’t hold your breath waiting for Andre Iguodala to announce his plans. He’s earned the right to take his time, and the Warriors are right not to rush him.