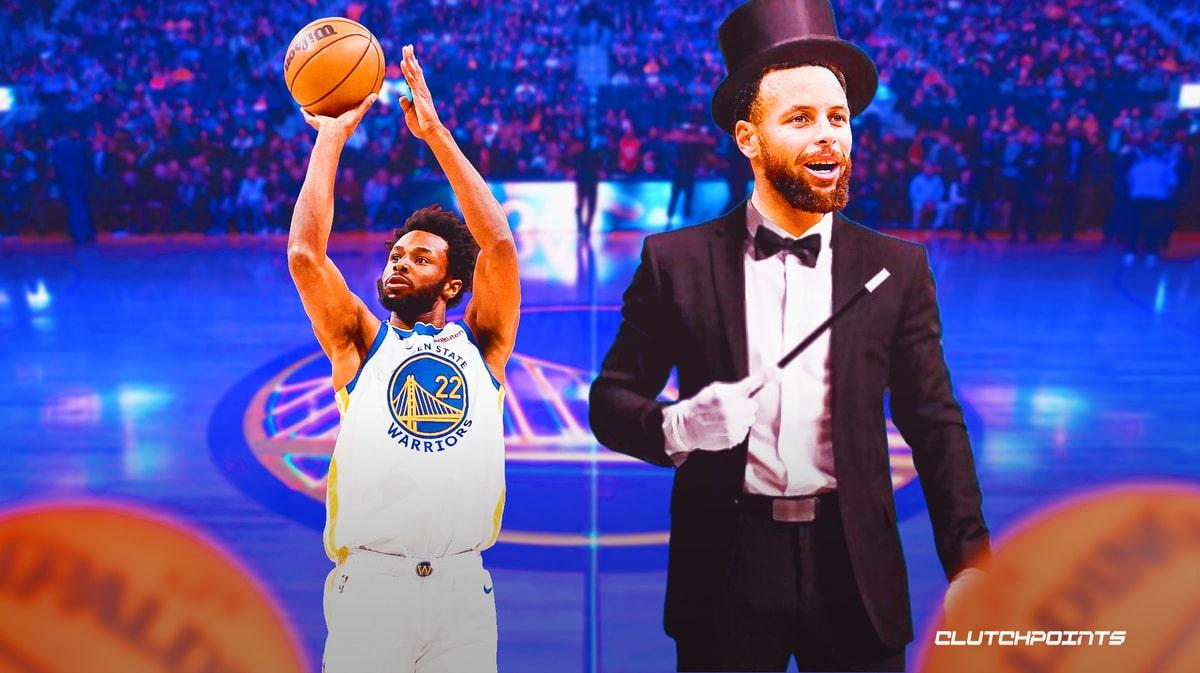 Andrew Wiggins drained six three-pointers for the second straight game on Wednesday, leading the Golden State Warriors with a season-high 31 points in their blowout win over the short-handed LA Clippers.

The short-handed Clippers were simply no match for Draymond Green, Stephen Curry, Andrew Wiggins and the Warriors. (via @armstrongwinter)https://t.co/HLjTQ9x6Qz

The defending champions have quietly won six of their last nine games, one loss of which came absent four starters, to bring them within a game of .500.

Among the biggest reasons why Golden State is in the midst of a crucial early-season turnaround? Wiggins, who’s averaged a highly efficient 20.4 points per game on scorching 47.9% shooting from deep since the calendar flipped to November. Those numbers aren’t far off his season-long marks, either.

Wiggins’ 43.5% three-point shooting this season is an easy career-high, coming on career-high volume. He’s also at a personal best of 56.8% on twos, further evidence of Wiggins’ complete comfort playing in the Warriors’ read-and-react offensive system.

That stellar efficiency shouldn’t be all that surprising considering the genesis of Wiggins’ baskets.

Once a No. 1 option with the Minnesota Timberwolves tasked with self-creating most of his offense, Wiggins has become one of basketball’s consummate all-court finishers with Golden State. A whopping 73.6% of his scores have been assisted this season, per NBA.com/stats, over 10 points more than his previous career-high a year ago.

Wiggins, obviously, deserves immense credit for reinventing his game to emerge as a high-level three-point shooter and imminently dangerous cutter off the ball. But the vast majority of those assisted scoring opportunities wouldn’t come without all the havoc Curry’s mere presence creates, a dynamic of which Wiggins is fully aware and appreciative.

“He’s magical on the court. Playing alongside him, he just makes everything easier,” Wiggins said of Curry after Wednesday’s game. “He attracts a lot of attention, so guys have to be ready to shoot, ready to make plays, because obviously a lot of the attention is gonna be on him because of who he is.”

Wiggins, of course, isn’t the only one to benefit from constant fear Curry stokes in the heart of defenses.

The Warriors have doled out at least 30 assists in their last five games Curry has played, and currently lead the league in assist percentage at 69.4, per NBA.com/stats, a category in which they’ve never finished lower than third during the Steve Kerr era.

Clearly, the combination of Curry’s singular brilliance, Wiggins’ uptick efficiency and a pivotal recent team meeting that stressed a need for more patience and ball movement offensively has Golden State headed on an upward trajectory.

“Our guys on the team, they do a lot of good things, the ball moves, it finds people. The last couple games it found me in the right spot and I’ve just been knockin’ it down,” Wiggins said of the Warriors’ offensive success of late. “We’ve been sharing the ball, everyone’s been in a good rhythm, playing together, so that’s what’s making it all connect.”