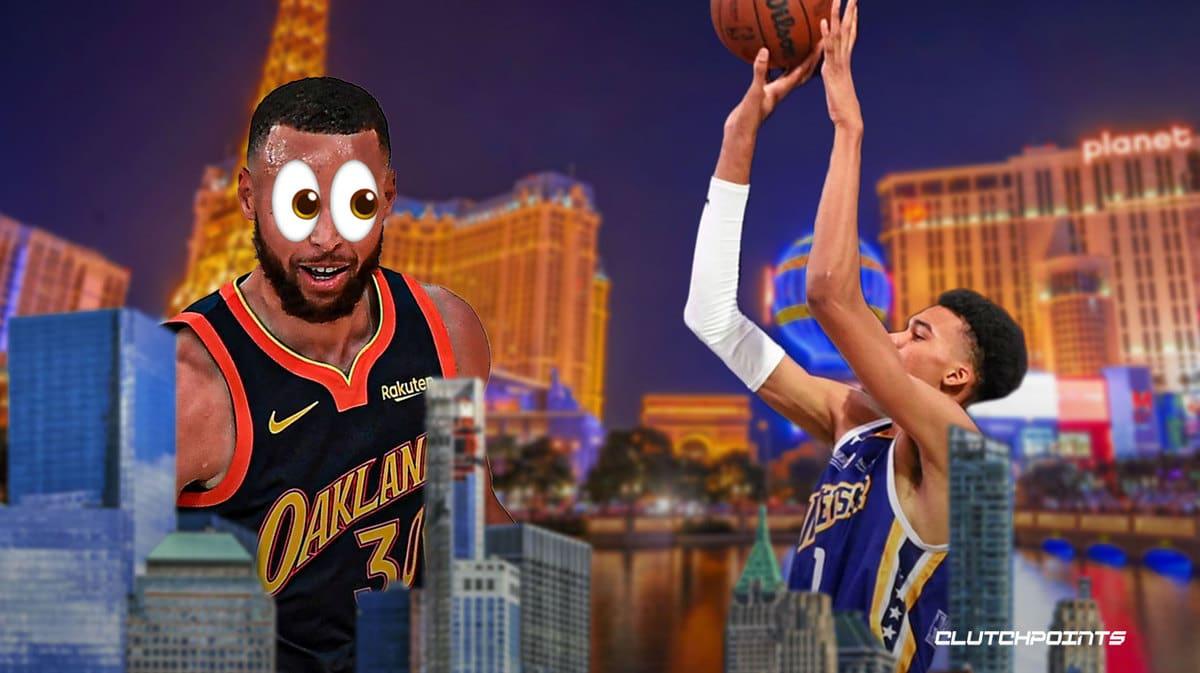 Stephen Curry was too busy practicing with the Golden State Warriors on Thursday afternoon to tune into the second leg of highly anticipated matchups between Victor Wembanyama and Scoot Henderson, the consensus top-two prospects in the 2023 NBA draft. Still, the reigning Finals MVP saw everything he needed during Tuesday’s instant-classic game to come up with the perfect description for the 7-foot-4 Frenchman.

Asked his impressions of Wembanyama, Curry went a step further than LeBron James, who compared the 18-year-old to an “alien” after watching him drop 37 points, seven triples, four rebounds and five blocks in his first game action on U.S. soil.

“He’s solid, he’s solid. He’s like the 2K create-a-player,” Curry said of Wembanyama. “Every point guard that wants to be seven-foot, cheat-code type vibes. He’s a solid talent. It’s great to watch. They had a pretty entertaining game with the Ignite team, so it was dope.”

Curry has a point. What gamer hasn’t made that type of otherworldly create-a-player in 2K? But Wembanyama is the exceedingly rare prospect whose blend of physical tools, current level of two-way impact and burgeoning all-court skill truly defies imagination.

He further cemented that status on Thursday, avenging Metropolitan 92’s loss to G-League Ignite two days earlier by leading his team to a hard-fought victory with 36 points, 11 rebounds, four blocks and four assists. Wembanyama wasn’t quite as hot from deep, going 2-of-7 from beyond the arc, but nevertheless showed off his natural shooting touch and incredible ability to connect from multiple launch points, splashing jumpers from all over the floor. He was 12-of-16 at the free throw line, too.

Fortunately for Curry and the Warriors, they have another full season to play before worrying about dealing with Wembanyama.

He’s not a perfect prospect, needing to continue gaining strength, playing with more overt physicality and honing his overall feel for the game. But that development will surely come in time, and Victor Wembanyama did far more than enough this week to lock down the No. 1 pick come June despite a similarly jaw-dropping performance from Henderson on Tuesday.