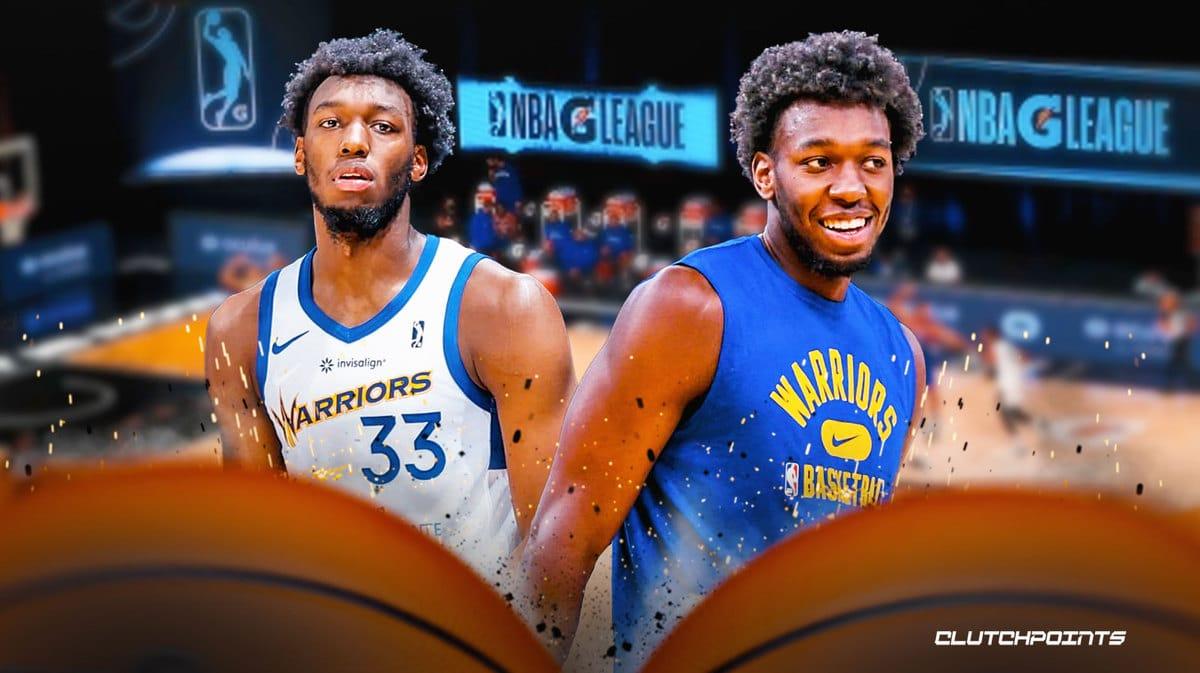 James Wiseman took the floor for the first time in three games on Monday. The third-year big man’s minutes weren’t an indication he was suddenly back in the Golden State Warriors’ evolving rotation, though. Wiseman only got off the bench because his team was salting away a blowout win over the San Antonio Spurs, giving its regulars some much-needed rest during extended garbage time.

Wiseman entered with 9:14 left and Golden State leading by a whopping 41 points. He played the remainder of the fourth quarter, finishing with two points, two rebounds and two assists on 1-of-3 shooting.

After the game, Steve Kerr noted that JaMychal Green would be part of the nightly rotation going forward as the Warriors’ backup center, closing the door on Wiseman re-assuming that role anytime soon. It wasn’t shocking minutes later, then, when Golden State’s coach revealed Wiseman is bound for the G League.

“He’s gonna go to Santa Cruz tomorrow, and we will keep him there for an extended period to get really good practice time and some games,” Kerr said. “It’s not gonna be one game and bring him back. We wanna give him maybe 10 straight days, something like that, and come back.”

Wiseman began 2022-23 as Golden State’s backup five, regularly subbing out Kevon Looney midway through the first quarter. The Warriors’ wholesale bench struggles certainly weren’t his fault alone, but Wiseman’s inability to make a reliable impact on either side of the ball made it hardly surprising when he was the player most affected by Kerr finally toggling his reserve lineups following Golden State’s winless five-game road trip.

He hadn’t played until Monday as a result, with the Warriors committing to Looney and Draymond Green at center full-time. JaMychal Green never left the bench during the Warriors’ previous three games, either. The veteran got first-quarter burn with Klay Thompson resting against the Spurs, though, finishing with nine points, five rebounds, two assists and two blocks in just 16 minutes.

JaMychal Green’s promotion and solid ensuing performance left the writing regarding Wiseman’s role on the wall well before Kerr took the postgame podium. Don’t confuse his G League assignment for Golden State’s waning big-picture confidence in the former No. 2 overall pick, though.

“What I love about James is that he’s got incredible character and work ethic, and care for the team. An unbelievable teammate,” Kerr said.

“Wise is all in on the team. Because of his talent, because of all those characteristics I just talked about, I’m a huge believer that long-term he’s gonna be a really good player. But he needs reps, he needs to play, and it’s not easy when you don’t get minutes. It’s hard for anybody.”

The Warriors’ depth up front and affinity for small-ball always allowed for the chance James Wiseman would be out of the rotation this season. Eyebrows didn’t raise by accident on opening night when he played in a jumbo reserve lineup alongside Jonathan Kuminga and JaMychal Green, both of whom provide far more of the spacing and stylistic flexibility Golden State needs from its backup bigs than Wiseman.

That unit was quickly mothballed, but Wiseman’s issues persisted. He’s just not ready to help the Warriors right now, especially given the hole they’re in amid a 6-8 start.

Golden State would ideally be able to withstand Wiseman’s growing pains, racking up early-season wins despite them. But this team is still searching for its identity beyond the “foundational six,” and his continued on-court presence would’ve made finding it even harder.

Don’t expect to see James Wiseman in Santa Cruz and garbage time only as the season wears on, though. The 82-game grind always presents extra opportunities that are tough to see coming.

“We all know things happen in this league. He’s gonna find his way back to the rotation at some point,” Kerr said. “But the best thing for him is to play a lot of minutes and get a lot of reps.”