What are some mind-blowing facts about the NBA?

Since its creation in 1946, the NBA has captivated fans. Throughout the decades, many teams and players have stood out in certain ways, making the league’s history truly unique. With that being said, it’s interesting to take a look back at some of the most mind-blowing facts about the league and some of its players past and present.

Well, technically. In December of 2007, the NBA made a mistake on a late-game foul call on Heat center Shaquille O’Neal that allowed Atlanta to walk away with the win. After some protesting, the last 52 seconds of the game was played three months later.

Atlanta would end up winning again and the teams took a 15-minute break before starting game number two that night.

Throughout his 17 seasons as an NBA player, Los Angeles Lakers star LeBron James has averaged a strong 27.1 points, 7.4 rebounds and 7.4 assists per game — great numbers for an all-time great player.

However, the weird part is that James has never put up exactly 27 points, seven rebounds and seven assists in one game. He has played 1,496 career games if you include the playoffs but has never had an “average” game. He has fairly close but never exact despite those numbers being his career average.

Many NBA players will inevitably share the same birthday. However, what are the chances that some players are born on the same day, month AND year? What about if three of those players were on the same team and played the same position.

During the 2015-16 season, the Dallas Mavericks point guard trio of Deron Williams, J.J. Barea and Raymond Felton were all born on June 26, 1984. A coincidence for sure but a weird one still.

In the summer of 1976, the ABA was in danger of collapsing financially. This led to the ABA-NBA merger. However, the NBA struck a deal with the SIlna brothers — owners of the Spirits of St. Louis to give them one-seventh of the future TV revenue from the four ABA teams that were joining the NBA which is nearly two percent of the league’s TV money. 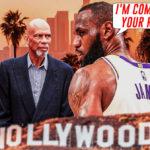 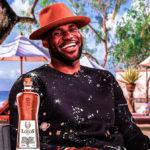 The Silna brothers are still receiving money from the league today despite owning a team that hasn’t existed in 44 years. In 2014, the NBA gave the brothers a lump sum of $500 to have those payments reduced. Before that, the former owners were getting about $14.57 million annually.

Playing in the NBA is already an incredibly difficult thing to do. I’d imagine it’s even harder if you have nine fingers.

That’s the reality for both Washington Wizards power forward Davis Bertans and former 12-yea NBA veteran Gerald Green. While both players are not completely missing a finger, their career feats are impressive to say the least.

Bertans is missing an inch of his ring finger on his right hand due to an electric saw accident as a child while Green suffered a similar injury on the same finger when he was 11 years old while trying to dunk on a makeshift basketball hoop.