There might’ve been some rocky moments, but it appears the Chicago White Sox players loved having Tony La Russa as their manager.

The team brought in the legendary coach to guide the White Sox to a World Series title. Although they fell short of that goal with a disappointing 3-1 series exit in the ALDS against the Houston Astros, there is no shortage of support for La Russa in the clubhouse.

“I want him to be back,” Tim Anderson said of Tony La Russa, but said it’s ultimately up to the front office.

"Tony's a very special manager. … He brings a lot of experience into the clubhouse. He's seen a lot of baseball games. A very wise man. Just a pleasure to play for him."

Gavin Sheets adds: "He's been in every one of our corners the whole time."

The White Sox comfortably won the AL Central with a 93-69 record, but their postseason inexperience showed vs. Houston. La Russa was only under contract for 2021 and it’s unknown if the club will bring him back at this point. Ultimately, it does seem like the players could play a huge part in his fate. La Russa clearly believes the same: 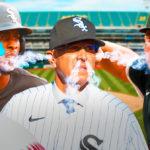 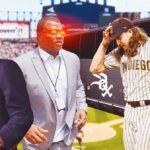 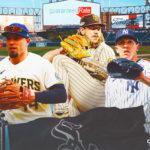 “The process I’ve used — well, once I had a little security, probably about the fifth or sixth year — is: Do they want you back?” he said, via NBC Sports Chicago. “You don’t want to come back (just) because you got a contract. I would just leave if they don’t want you back. (If) they say yes, then you ask the White Sox players. They should choose who they want to manage. If you get both of those, then you check yourself. You check and see whether you’ve got the desire to continue to manage. I do.”

The experience and expertise that Tony La Russa brings to the table for the White Sox are unmatched. While this team is chock-full of talent, they needed the right man to steer the ship. La Russa has clearly done a great job and deserves another chance to get them back into the playoffs.