For the longest time, the Boston Celtics’ eight straight championships have stood as the standard of excellence for professional basketball teams. And why not? Their “eight-peat” arguably remains the single-most impossible team record to break.

The 1990s Chicago Bulls came the closest to accomplishing the feat, with six championships (1991-93, 1996-98) in eight years. Those two three-peats cemented Michael Jordan’s legacy as perhaps the greatest player in NBA history. Many believe that if Jordan hadn’t retired from basketball for almost two years, the Bulls would have won eight consecutive titles as well.

How do the Bulls’ two three-peats stack up against the mighty Celtics’ eight-peat? When one analyzes the circumstances that led to the dominance of both teams, the Bulls’ accomplishment might actually be more impressive than the Celtics’, despite Chicago having won two titles less than Boston.

Just to clarify, this is not an attempt to belittle the Celtics accomplishment, which is impressive on its own. Rather, this comparison of the two dynasties is to put the accomplishments of both teams in a proper perspective and why the Bulls dynasty is more deserving of recognition.

When the Celtics won their eight championships, they played in a league that had very few teams. There were only eight teams in 1958-59 when they started their string of championships.

In contrast, the Bulls faced the Toronto Raptors and Vancouver Grizzlies, expansion teams during the 1995-96 season, six times only.

The league may have been watered down that season, but the Bulls had to give up some of their key players during the expansion draft in the summer of 1995. B.J. Armstrong was an important player but was left unprotected. He was taken by the Raptors with the first pick.

Meanwhile, the Celtics still had all their top players when the Packers entered the league, and yet they won only 60 games.

Bill Russell had the benefit of playing alongside a number of Hall of Famers such as Bob Cousy, Frank Ramsey, Sam Jones, Bill Sharman, John Havlicek, Clyde Lovellette, Tom Heinsohn and K.C. Jones. That’s eight players recognized for their career accomplishments. That’s not even counting the players who “only” made the All-Star team.

Russell’s teams were so stacked they should be compared more to the Golden State Warriors’ 2018-19 roster that fielded in five All-Stars. These Celtics should be embarrassed if they failed to deliver a title annually.

This team was largely intact during the Celtics’ improbable run to eight titles while Jordan had to carry two vastly different teams to three-peats. The only constants on both teams were Jordan, Scottie Pippen and head coach Phil Jackson.

Jordan only played with two Hall of Famers in their primes with Pippen and Dennis Rodman. As good as Horace Grant was as the team’s third-best player during the Bulls’ first three championships, he was just a one-time All-Star. The same is true for Armstrong, who was selected as an All-Star once and that was during the year that Jordan was retired.

The rest of the team was a good mix of role players led by 1995-96 Sixth Man of the Year awardee Toni Kukoc. As good as Kukoc was, he never achieved All-Star status in the NBA.

Chicago won its championships because of historically great players in Jordan, Pippen and Rodman, but all their titles were also borne out of outstanding leadership, superior team chemistry, excellent ball movement and exceptional defense. They consistently delivered these qualities despite a roster upheaval between the 1993-94 and 1995-96 seasons.

If Russell had lost two to three key players on those Celtics squads, it’s doubtful that they would have won as many titles as they did.

1. Bulls went through more series to get to the Finals

In the 1958-59 season, the Celtics only went through one playoff round before reaching the Finals. They won the Eastern Division Finals (4-3) versus the Syracuse Nationals, and then went on to sweep the Minneapolis Lakers to win the title.

And guess what? They won seven of their eight championships this way!

It wasn’t until the 1965-66 season when the Celtics went through three series before they took home the Larry O’Brien trophy. A year later, they were defeated by Wilt Chamberlain’s 76ers in the Eastern Division Finals with a 4-1 series loss.

Here’s how many games it took for the Celtics to win each of their championships:

That’s a total of only 100 postseason games in eight years and winning 67 of them. As you may have concluded, that is a 67 percent winning rate.

Compare this with the Bulls’ series wins and the number of games it took for them to win their rings: 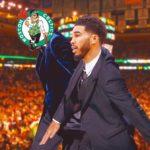 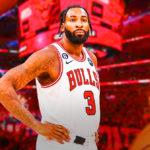 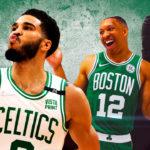 The Bulls played 116 games which would have been an extra season of playoff games for that Celtics team. In that span, Chicago won 80 games for a superior 69 percent winning percentage.

Can you imagine if Jordan’s Bulls went through just one to two playoff series before reaching the Finals? They would have won the title more than six times!

Instead, the Bulls had to go through three playoff rounds before getting to the Finals. Back then, the first round was only five games long, but the next rounds were grueling best-of-seven series.

The wear and tear on the Bulls’ bodies would have been less and Jordan would have likely been less frustrated and tired. Additionally, this could have kept His Airness more interested in returning to the court year after year without retiring.

They could have easily won eight straight even if they had to face Hakeem Olajuwon and the Houston Rockets in the 1993-94 and 1994-95 Finals.

Not only that, the Bulls’ dynasty could have continued beyond the 1997-98 season. Though the breakup of this team was mostly due to management’s decision to replace Jackson as head coach, it’s doubtful that the Bulls brass would have wanted to mess with a team set on breaking the Celtics’ record streak.

Needless to say, given this perspective, the 1990s Bulls’ accomplishment was superior to the Celtics’ streak. Boston had the benefit of dominating a much younger and less competitive league while Chicago won its championships despite the greater challenges they faced.

Though they have fewer titles to boast about, it’s not unfair to conclude that the Bulls’ double three-peat was much more impressive and more compelling than the Celtics’ eight straight championships. Too bad many will just count the number of rings and make judgments otherwise.