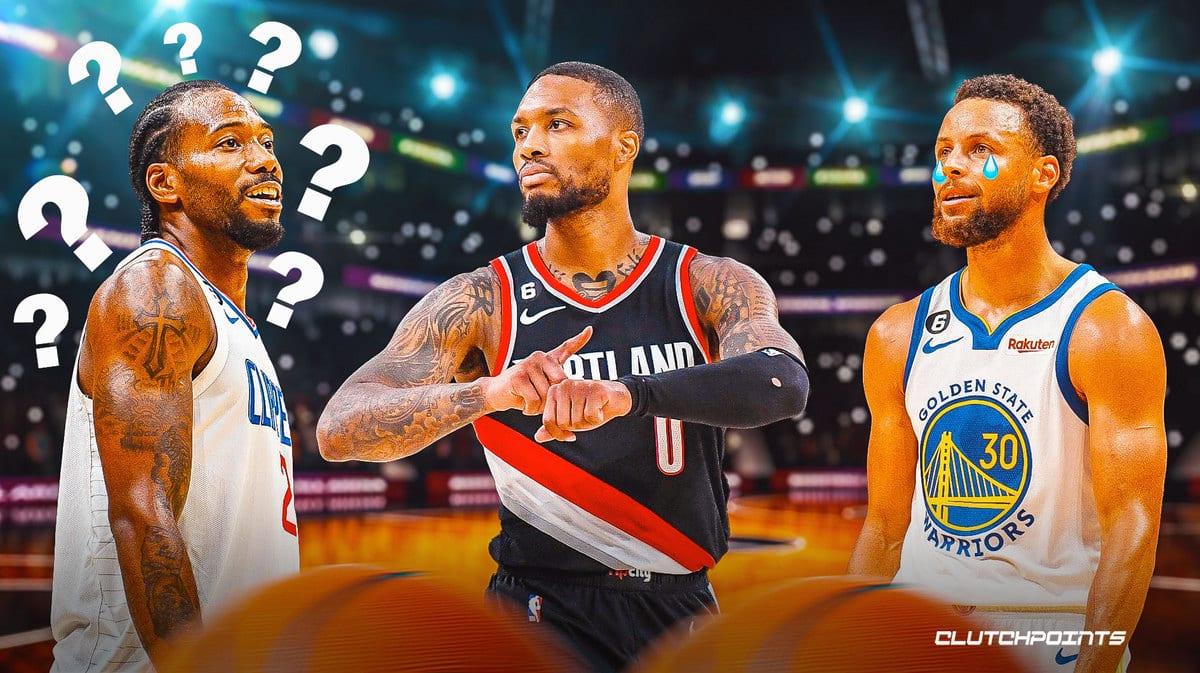 The NBA has been ripe with surprises through the first week of the season. Tanking teams are rising to the top of their respective conferences, stars are adjusting to positionless basketball, and some young rookies look like seasoned vets. Lets take a look at some of the most shocking developments from the season’s start.

1. Tanking is more difficult than it looks

Tanking is a prominent strategy in the NBA, especially with 18-year old number one prospect Victor Wembanyama on the board in the upcoming draft. But often, tanking teams filled with young players and washed up vets play the hardest type of basketball, treating every possession as though it’s life or death.

The Portland Trail Blazers are right near the top of the West standings, while the San Antonio Spurs and Utah Jazz are right behind them. It is not likely that these records will hold up, upcoming trades likely foiling these teams chances at winning games night in and night out, but it has been an impressive start to the season for these teams nonetheless.

With the absence of Darius Garland, Donovan Mitchell has been forced to not only take on a majority of the scoring but also the playmaking load, 95% of his minutes coming at point guard this season. He has excelled in that role, a candidate for the Eastern Conference Player of the Week, averaging 32.2 points and 7.3 assists per game through the first two weeks.

Mitchell provides a different style of playmaking than Garland. While Garland is more pick-and-roll heavy, toying with defenders while hunting out lob partners, Mitchell attacks the basket methodically, picking out shooters for drive-and-kick situations. Cedi Osman and Dean Wade are shooting the lights out to start the season, as Mitchell is finding these players in their shooting pockets, while lobs to Jarrett Allen and Evan Mobley have been much sparser compared to last season.

Mitchell can score the ball at all three levels, while jumping out of the gym and knocking down pull-up three point shots at high volume with ease. If he can continue to provide this level of playmaking with Garland out, he puts his name in the conversation with some of the best point guards in the league.

The Golden State Warriors do not look like the same team as last season. It is not time to hit the panic button just yet — Stephen Curry, Klay Thompson, and Draymond Green have proven that fans can put their trust in that group to pick up the slack when the games really matter. A 3-5 start to the NBA season, however, with losses to Charlotte Hornets, Detroit Pistons, and a struggling Miami Heat team is not what many expected coming into this season.

A deep rotation is vital to putting up regular season wins and gaining home court advantage in the playoffs, but this lackluster Warriors bench is not getting it done. In the playoffs, Kerr needs eight main guys, but in the regular season, the Warriors need 12-13 playable guys to account for midseason struggles and injuries. The Warriors youth, James Wiseman, Moses Moody, Jonathan Kuminga, and even Donte Divincenzo, have not played above replacement level, and asking Jordan Poole to carry that bench unit leaves the Warriors susceptible to losses when Poole struggles, as he did Tuesday against the Miami Heat.

The Warriors may have to package one of their young guys for some veteran help to steady the ship.

The Clippers have a plethora of legitimate issues, and it starts at the top with Kawhi Leonard, as latest reports have said Leonard is “frustrated” with his recent knee problems, and will sit out the next six games. In a league oozing with talent, continuity means everything in the NBA, and the lack of chemistry on the Clippers squad has been an issue in past playoff runs. If Leonard only plays spot games here and there, head coach Tyronn Lue’s rotations are thrown out of whack, impacting everyone down to the 10th man on the roster.

Their style of play also is not conducive to playoff wins. They are a jumpshooting team, always trying to generate corner threes, but it comes back to bite them when they cannot consistently generate rim pressure. The Clippers are a slow team, struggle getting to the free throw line to slow the game down for themselves, therefore playing at a pace they do not thrive in. Lue is a championship coach and he might be able to figure this out, but one thing is certain: they need a healthy Kawhi Leonard.

There is too much to say about the Brooklyn Nets. It looked as though this might be the season in the Kevin Durant-Kyrie Irving era that the Nets finally find some footing in the Eastern Conference, but the absolute opposite has taken place in the last week. The Nets are 2-6, head coach Steve Nash just got canned, and Kyrie Irving has been under fire after promoting an anti-semitic documentary on his Twitter platform. Now, the Nets might hire suspended Celtics head coach Ime Udoka — this team is made for reality television and NBA observers can’t bother looking away.