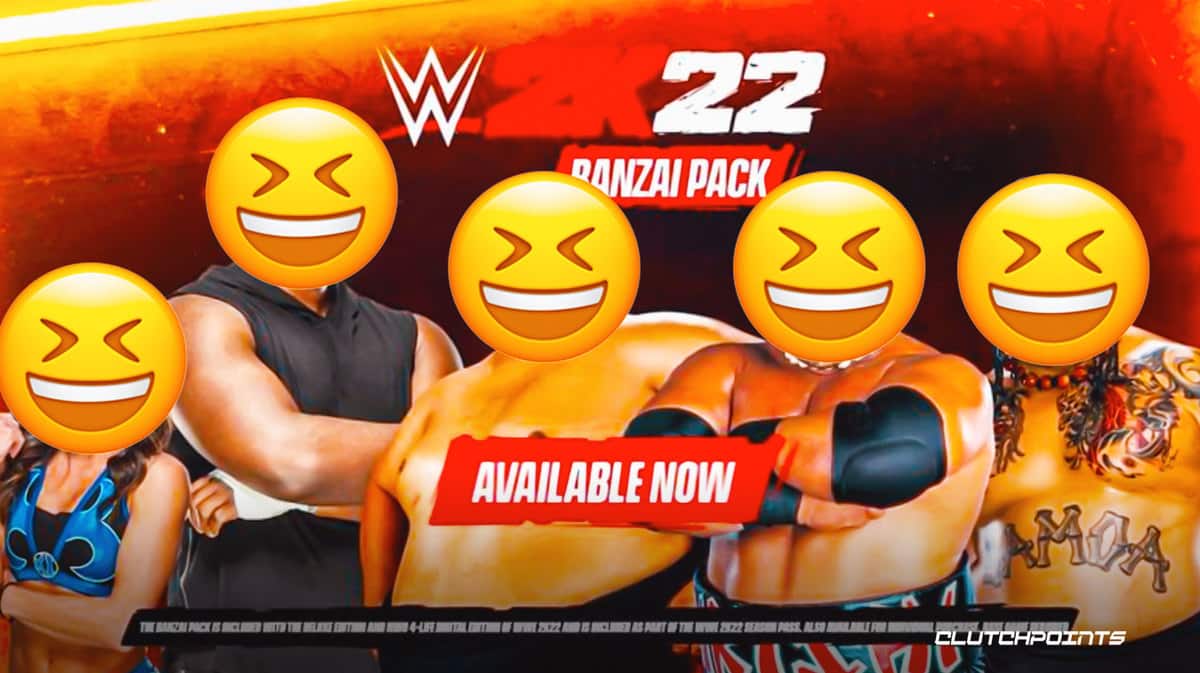 In the lands of giants, the big get their way. Here’s to the WWE 2K22 Banzai Pack – the first DLC pack that brings five giants to the game.

As you can see, all of them are giants – adding a good deal of big men in the game. These wrestlers will become available in all of the game’s modes – but you might have to start a new Universe or GM Mode save for these wrestlers to start showing up.

The Banzai Pack comes with the game’s season pass – priced at $40 the season pass nets you 28 wrestlers – about $1.5 for each wrestler in all the DLC packs that have arrived and coming your way. You can also purchase the DLC separately, and the Banzai Pack costs $10, so that’s about $2 per wrestler. Is it worth it? You decide.

What’s striking about this DLC content is how photo-realistic the wrestlers are. Visual Concepts are really out there trying to justify the steep DLC pricing of these DLC wrestlers. The Banzai Pack features non-active and deceased wrestlers on top of Omos and Kacey Catanzaro, which means wrestlers like Rikishi, Yokozuna, and Umaga had to be modeled without the help of motion capture technology. This by itself is impressive. However, this also puts the burden on Visual Concepts as they have now proven that they can model wrestlers even without the use of motion capture technology, opening the possibility of making photo-realistic models of even more Legends and inactive WWE superstars. They’ve just raised the bar themselves with this piece of DLC, and fans won’t forgive them if they end up releasing any low-quality models in future DLC.