The New York Yankees’ midseason struggles were made far worse when Matt Carpenter went down in the series opener against the Seattle Mariners. After taking a pitch off his back foot, Carpenter was removed from the game and subsequently placed on the IL with a fractured foot. After undergoing tests on the injury, ESPN’s Marly Rivera revealed that Carpenter had a “clean break” and will not require surgery on the foot.

That’s great news for the Yankees, who had feared Carpenter would be lost for the rest of the season. Carpenter now tentatively faces a 6-8 week recovery period before he’s able to start ramping up activity. While that’s still a lengthy spell on the sideline, Carpenter could be able to return for the Yankees by the postseason.

Carpenter, who was on the verge of fizzling out in MLB, received a lifeline with the Yankees at the start of the season. The move to bring the veteran to the Bronx paid off immediately for the team, and he’s been a key contributor ever since joining the ballclub.

Unfortunately, that came to a screeching halt earlier in the week when Carpenter sustained a fractured left foot. The initial prognosis on the injury appears to be a positive one, and now he’ll set his sights on making a return late in the regular season in order to make an impact in the Yankees’ playoff run. 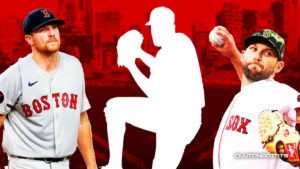