It’s easy to fall for death hoaxes nowadays, especially with misinformation spreading through social media. Still, one can do extra research and checking before reporting a death, especially on live TV. That is the biggest mistake of a network that reported the passing a New York reporter over the weekend during a New York Yankees-Tampa Bay Rays game.

As the New York Post reported, YES Network caught win of the talks on social media that Bob Trainor–a fixture in New York sports media–has passed away last Sunday. With that, veteran broadcaster Michael Kay offered a rather beautiful eulogy of Trainor during the Yankees’ showdown with the Rays.

nice touch by @realmichaelkay (top 2, @yankees at @raysbaseball this afternoon on @yesnetwork) to remember a press box & locker room legend

However, as mentioned, Bob Trainor’s death is not true and YES Network basically fell victim to fake news. Of course it’s hard to blame them since it trended on social media and a lot of people were sending their condolences and prayers to the family.

Not to mention that they were not the only media people to believe the news. Mike Mancuso of WFAN and CBS Sports Radio was among the first people to report the death hoax, only to clarify later on that he made a mistake. 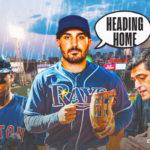 “Friends, something didn’t feel right about the various reports of Bob’s passing, so I reached out and BOB called me this morning. HAPPY to say he’s alive and doing well. Bob is thankful for all the kind words. My sincere apologizes for responding to reports without confirmation,” Manusco wrote on Twitter.

The good thing is it doesn’t look like Bob Trainor was not offended by the reporting of the death hoax or found is disrespectful. It’s a huge lesson for everyone working in the media, though.